The agent had previously demonstrated positive results in a phase 2a setting, with favorable trends on modified Unified MSA Rating Scale scores across a 12-week period. 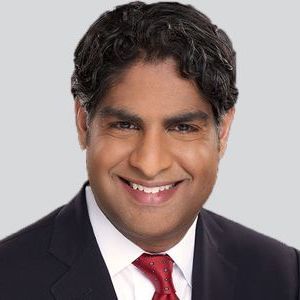 A total of 250 patients, aged 40 to 80 years, with MSA were randomized 1:1:1 to verdiperstat 300 mg or 600 mg twice daily or placebo in the double-blind, parallel-group study. The primary efficacy end point was the change from baseline to week 48 on modified Unified MSA Rating Scale (UMSARS) score, which consists of a subset of items from the UMSARS Part I (Activities of Daily Living) and Part II (Motor Exam) that directly assessed clinically meaningful change in patients’ ability to function.

"While we are disappointed that verdiperstat did not demonstrate efficacy for the treatment of MSA, Biohaven remains committed to fighting on behalf of people living with neurodegenerative diseases. There are currently no approved disease-modifying therapies for MSA and we must continue to advance the science to improve treatment outcomes for patients suffering from this disease,” Irfan Qureshi, MD, vice president, Neurology, Biohaven, said in a statement.1 “We are extremely grateful to the international MSA community—especially the patients and their families, investigators and their teams, and patient advocacy groups—who made the trial possible."

The therapy was designed as a unique orally administered MPO inhibitor, as the MPO enzyme acts as a key driver of oxidative stress and inflammation that underlies neurodegeneration and is abundant in activated microglial cells found in the brains of patients with MSA. The history of the drug has been well documented with the FDA as it moved through the clinical pipeline. In February 2019, the agent received orphan drug designation after completing its phase 1 and 2a clinical trials.2

Verdiperstat is currently also being tested in the Healey-ALS trial, the world’s first platform study evaluating multiple drugs in patients with amyotrophic lateral sclerosis (ALS). Started in March 2020, the ongoing trial will use a combination of verdiperstat, zilucoplan, and nanocrystalline gold, and aims to find results using the ALS Functional Rating Scale-Revised as a primary end point. That trial is expected to conclude in March 2022.1