No stimulation adverse effects were reported, and patients on the MICC stimulation alone resulted in greater than 50% improvement in UPDRS motor scores. 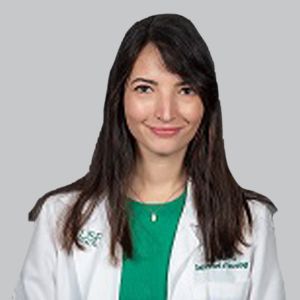 Five patients were implanted in the globus pallidus internus (GPi), 3 patients in the subthalamic nucleus (STN), and 1 patient in the STN and ventral intermediate nucleus of the thalamus (VIM). At post-activation visit, the mean OFF stimulation/OFF medication UPDRS-III score was 35.14 (±10.60), while mean ON stimulation/OFF medication UPDRS-III score was 14.58 (±10.45).

Prior to the operation, the mean OFF medication UPDRS-III score was 47.67 (±20). Following the procedure, the data correlated to a 69% improvement from baseline and 59% improvement compared to OFF stimulation/OFF medication scores at the same post activation visit.

Fractionalized stimulation was used in all directional and linear leads ranging from 1 to 6 contacts per lead with a mean of 3.06 (±1.34). The authors noted that no stimulation side effects were reported. The mean time to initial device activation was 12.11 months (±2.62) while the mean age at surgery was 57.22 years (±13).

The INTREPID study (NCT01839396) was another research project that assessed the clinical efficacy and safety of the Vercise DBS system, which uses MICC technology, in 160 patients with PD. Results published in May 2020 showed that from post-implantation baseline to 3 months post-randomization, the difference in mean change in increased time without troublesome dyskinesias between the active (n = 121) and control (n = 39) groups was 3.03 hours (standard deviation [SD], 4.52 [95% CI, 1.3-4.7]; P <.0001).2