Over a 2-year period, patients demonstrated improvements in Parkinson’s Disease Questionnaire scores, along with a 35% improvement in MDS-UPDRS-III scores. 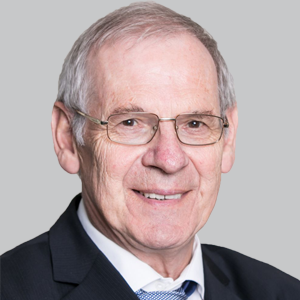 The data, presented at the 2022 International Parkinson and Movement Disorders Society Congress, September 15-18, in Madrid, Spain, represented the first comprehensive, large-scale collection of real-world outcomes using a directional lead and an MICC-based DBS system. All told, quality of life, assessed using the Parkinson’s Disease Questionnaire (PDQ-39), was improved at 1 year with the DBS system (P <.0001).

Coordinating investigator Gunther Deuschl, MD, department of neurology, Zurich University Hospital, and colleagues reported real-world outcomes on 627 patients with PD implanted with a directional DBS system to date. Individuals in the study had a baseline disease duration of 10.3 years (SD, 4.61), and were followed up to 3-years postimplantation. The cohort included mostly males (68.1%) and an overall baseline PDQ-39 score of 28.5.

Over the 2-year observed period, expected PDQ-39 scores would have reached 33.5 and 38.5 at 1-year and 2-year timepoints for those naturally progressing without DBS. Instead, DBS-treated individuals saw PDQ-39 scores of 24.2 at 1 year (n = 613) and 26.1 at 2 years (n = 375). The improvements observed at 1 year were considered clinically significant while improvements at 2 years were considered sustained despite expected 5-point worsening due to disease progression.

At baseline, the cohort showed average MDS-Unified Parkinson’s Disease Rating Scale(UPDRS)-III scores of 46.4. Following DBS implantation, patients showed overall MDS-UPDRS-III scores of 29.2 at 1 year, or a 31%, which was sustained for up to 2-years post-implant, indicated by scores of 27.8, equating to a 35% change (P <.0001). In terms of Clinical Global Impression of Change, 83.3% of treated individuals and 91.6% of clinicians noted an improvement that was sustained for up to 2 years.

The Vercise DBS system has been a notable treatment for patients with PD since its inception in 2012. It was originally assessed in the INTREPID trial (NCT01839396), in which its use resulted in a 49.2% improvement in UPDRS-III scores after 12 months. In the double-blind portion of the trial, conducted between May 2013 and November 2017, 313 enrolled patients were enrolled across 23 sites. Of these 313 patients, 196 (63%) received the DBS implant, 191 (61%) were randomly assigned, and 160 were included in the 3-month interim analysis. During that period, both patients and the assessors were masked to the treatment group while the unmasked programmer was responsible for programming and optimization of device settings. Of those included, 121 (76%) were randomly assigned to the active group and 39 (24%) to the control group.

From the baseline visit to 3 months post randomization, results showed a difference in increased ON time without troublesome dyskinesia of 3.03 hours (SD, 4.52; 95% CI, 1.3-4.7; P <.0001). During that time, investigators reported 26 serious adverse events in 20 (13%) patients. Of these, 18 events were reported in the active group and 8 in the control group. Notably, one death was reported among the 196 patients before randomization, which was deemed unrelated to the procedure, device, or stimulation.2