As a result of treatment with the Vercise Genus DBS system, patients reduced their use of anti-parkinsonian medications while maintaining improvements in quality of life. 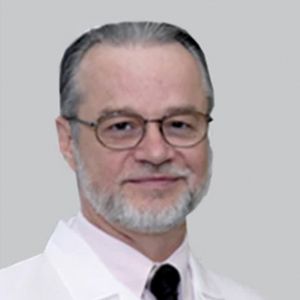 New follow-up results from the INTREPID randomized controlled trial (NCT01839396) showed that treatment with deep brain stimulation (DBS) capable of multiple independent current control (MICC) was safe and effective for treating patients with Parkinson disease (PD) for up to 4 years.1

The results, presented at the 2022 American Academy of Neurology (AAN) Annual Meeting, April 2-7, in Seattle, Washington, showed that use of this treatment approach resulted in a 41% improvement in Unified Parkinson’s Disease Rating Scale (UPDRS)-III scores compared with screening. Additionally, anti-parkinsonian medication reduction remained stable with sustained improvement in quality of life and treatment satisfaction.

Led by Jerrold Vitek, MD, PhD, professor and head, department of neurology, University of Minnesota, the data builds on a long-standing prospective trial that dates to 2013. In this analysis, subjects were implanted bilaterally in the subthalamic nucleus with Boston Scientific’s FDA-approved, multiple-source, constant-current Vercise Genus DBS system. During long-term follow-up, motor improvement and quality of life were evaluated using UPDRS, Parkinson’s Disease Questionnaire (PDQ-39), and Global Impression of Change.

The system consists of a group of Bluetooth-enabled implantable pulse generators (IPGs) that power Cartesia Directional Leads, designed to provide optimal symptom relief. Furthermore, the Vercise Genus system is the fourth generation of the DBS system since 2012 and operates in tandem with the Brainlab platform to offer enhanced visualization for clinicians to see lead placement within the context of each patient’s segmented target anatomy.

In the double-blind portion of the trial, conducted between May 2013 and November 2017, 313 enrolled patients were enrolled across 23 sites. Of these 313 patients, 196 (63%) received the DBS implant, 191 (61%) were randomly assigned, and 160 were included in the 3-month interim analysis. During that period, both patients and the assessors were masked to the treatment group while the unmasked programmer was responsible for programming and optimization of device settings. Of those included, 121 (76%) were randomly assigned to the active group and 39 (24%) to the control group.

From the baseline visit to 3 months post randomization, results showed a difference in increased ON time without troublesome dyskinesia of 3.03 hours (SD, 4.52; 95% CI, 1.3-4.7; P <.0001). During that time, investigators reported 26 serious adverse events (AEs) in 20 (13%) patients. Of these, 18 events were reported in the active group and 8 in the control group. Notably, one death was reported among the 196 patients before randomization, which was deemed unrelated to the procedure, device, or stimulation.2 At 1-year compared to presurgery screening, a 49.2% improvement in UPDRS-III scores were reported, and overall improvement in quality of life was maintained.3

When the first results of INTREPID were released, Vitek sat down with NeurologyLive® and provided perspective on how it differs from other DBS devices. He said "with constant current device, the nice thing about that is that you can just set the current and you're going to get that a lot of current no matter what the resistance is. Now, there are other constant current devices out there now. But this was one of the first devices that actually did it. And the fact that they can control the amount of current that goes across each contact— and in this particular device, they had 8 contacts."

He added that this "is really the only trial that was double-blind and randomized with a sham control. It's the only one that was done. So really, it offers a unique data set, class I evidence for sure, and kind of one of a kind right now. You're really not going to find a study like this funded by the NIH right now because of the fact that it's expensive. But the companies want to get their device in the market, so as a scientist I'm kind of loving it that I can get into this study and company's going to pay for it, and we can do some unique things with the studies."