The treatment effect observed from nabiximols (Sativex; GW Pharmaceuticals) was significant at all 1-week time points over the course of the 12-week study. 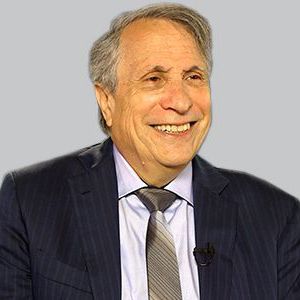 Firstly, investigators in both trials identified initial responders that had at least a 20% decrease in average daily spasticity NRS score using a 4-week, single-blind lead-in Part A, which included titration. In SAVANT only, there was a washout period after Part A that consisted of participants whose improvement in NRS scores were reduced by at least 80%, whereas no washout period was used in GWSP0604. Patients in SAVANT were randomized to retitrate nabiximols or placebo in Part B, while those in GWSP0604 were randomized to either continue on study drug or switch to placebo immediately after Part A.

Trial investigator Fred Lublin, MD, director, Corinne Goldsmith Dickenson Center for Multiple Sclerosis, Mount Sinai Medical Center, and colleagues found the differences in spasticity NRS scores to favor nabiximols in both studies. The data, presented at the 37th Congress of the European Committee for Treatment and Research in Multiple Sclerosis (ECTRIMS), October 13-15, showed a sustained significant effect for those in the treatment arm at all 1-week time points through week 12 (SAVANT: –0.52 to –1.86 [all P <.003]; and GWSP604: –0.36 to –0.85 [all P <.007]).

In addition to improvements on NRS scores, treatment with nabiximols resulted in reduced spasm frequency vs placebo at all time points and for all baseline spasm frequency thresholds assessed across both studies. This correlated to a treatment difference of 11% to 37% (all P <.05). Dizziness and fatigue were among the most observed adverse events in nabiximol-treated patients. The authors noted that the safety profile was consistent with the European Summary of Product Characteristics.

In Part B of the original SAVANT study, initial responders were randomized to receive nabiximols (n = 53) or placebo (n = 53) for 12 weeks. In total, 77.4% of those on study drug achieved the primary efficacy end point of at least 30% improvement on NRS, compared to 32.1% of those on placebo (P <.0001). Compared with placebo, nabiximols also significantly improved key secondary end points, including changes in mean spasticity NRS (P <.0001), mean pain NRS (P = .0013), and mean modified Ashworth’s scale (P = .0007) scores from Part B baseline to week 12.2

Nabiximols is approved for the treatment of spasticity in patients with MS in over 25 countries, though not the United States. It contains both CBD and tetrahydrocannabinol, as well as other botanical components. In November 2020, GW Pharmaceuticals announced the initiation of the first US-based phase 3 study to evaluate the treatment in MS-associated spasticity. This phase 3 study is 1 of 5 pivotal studies planned for nabiximols in MS spasticity and may allow GW Pharmaceuticals to submit a new drug application to the FDA pending their success.3

Neurologylive sat down with Stephen Krieger, MD, associate professor of neurology and director, neurology residency training program, Icahn School of Medicine at Mount Sinai, who serves as an investigator for the phase 3 trial to learn more about the challenges of getting nabixmols and other CBDs approved in the US versus other countries. Watch his commentary below.