The assistant professor of neurology at Weill Cornell Medicine provided thoughts on his exploratory analysis, which found rivaroxaban to be superior to aspirin in reducing recurrent stroke. 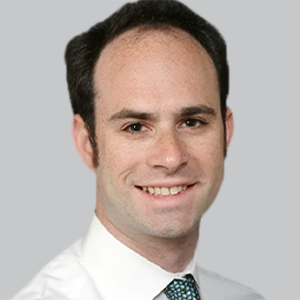 NAVIGATE ESUS (NCT02313909) was a randomized, phase 3 clinical trial that featured patients 50 years or older who had neuroimaging-confirmed embolic stroke of undetermined source (ESUS). A recently published exploratory analysis from that trial evaluated whether anticoagulation using rivaroxaban (Xarelto; Janssen) is superior to aspirin in reducing recurrent stroke among those with ESUS who also have left ventricular (LV) dysfunction. Patients included in the analysis (n = 502) had LV dysfunction identified through echocardiography and were randomized to receive either 15 mg of rivaroxaban or 100 mg of aspirin once daily.

Lead author Alexander Merkler, MD, MS, professor of neurology, Weill Cornell Medicine, sat down with NeurologyLive for a new iteration of NeuroVoices to provide background on the findings. He discussed whether the data changes how clinicians use the 2 drugs; the need for expanded, larger studies; and the realistic impact recurrent stroke has on the world today.

NeurologyLive: Can you provide background on the results observed?

Alexander Merkler, MD: We performed this subgroup analysis of the NAVIGATE ESUS trial, which was a randomized clinical trial that compared rivaroxaban to aspirin for secondary prevention in patients with ESUS. It was a negative trial, and that rivaroxaban was no better than aspirin at preventing future recurrent stroke. We did this exploratory analysis under the hypothesis that patients with left ventricular dysfunction may be at risk for recurrent stroke, and that anticoagulation may be beneficial to that patient group. Essentially, left ventricular dysfunction may be a novel stroke risk factor and perhaps anticoagulation can help them. In this exploratory analysis, we found that anticoagulation with rivaroxaban was superior to aspirin at the prevention of recurrent stroke and systemic embolism among patients with ESUS, who had left ventricular dysfunction on echocardiography.

Do these results change the way clinicians should utilize these drugs?

In general, aspirin is basically the mainstay of secondary stroke prevention. If someone has a stroke or a transient ischemic attack, the baseline medication you put that patient on is aspirin. If the patient has evidence of carotid artery disease, then you’re going to get a stent or endovascular therapy. If it’s symptomatic and the patient has atrial fibrillation, then we put them on anticoagulation with either Warfarin or one of the novel anticoagulants including Xarelto. From a stroke perspective, the indication for anticoagulation at this point is patients with atrial fibrillation. The role of our study suggests that maybe left ventricular dysfunction could be a novel risk factor for stroke, and that maybe it’s a targetable treatable risk factor with anticoagulation. What that means is that perhaps anticoagulation may reduce the risk of a second stroke if you’re a patient who has ischemic stroke and have evidence of left ventricular dysfunction.

There are about 600,000 ischemic strokes per year in the United States, give or take a little more. About 25% of them are recurrent strokes, meaning that one in every four strokes is recurrent, which is a big deal. First strokes are often pretty minor, whereas second or recurrent strokes are much more severe. There’s an opportunity for someone who’s had a first stroke to try to reduce the risk of having a second. Our job as clinicians and neurologists is to try to identify why the person had the first stroke, identify the cause of the stroke, and specifically target a risk factor that can reduce the risk of another stroke.

Among patients with stroke, we sort of divide it into various different etiologies. One is small vessel disease, which is when there’s destruction of the small arteries in the brain due to high blood pressure and diabetes. Another one is cardioembolic, which is usually due to atrial fibrillation. The other category is ESUS, or embolic stroke or undetermined source, which is what this trial is focused on. That basically means that the stroke appears to be embolic, meaning it comes from a distant part of the body, but we don’t know the cause of it. The point of this research is to try to identify a novel risk factor of stroke that may respond to anticoagulation and thus try to prevent second or third strokes by giving these patients that option.

Could another anticoagulant not named rivaroxaban also reduce recurrent stroke?

First, this is a subgroup analysis of a randomized trial. These are secondary results, so it doesn’t mean that anticoagulation is definitely helpful. We need further studies and a dedicated trial to evaluate that hypothesis. But I wouldn’t say there’s no reason to expect that a different anticoagulant would be no better than rivaroxaban. Just based on the data we know about how anticoagulants work, I would expect that Apixaban, Pradaxa, Xarelto, and Edoxaban all to be equally as efficacious as rivaroxaban is in this type of patient population.

What types of additional research would you like to conduct?

One of the goals of my research is to conduct a randomized clinical trial. The next big thing is that we want to do a dedicated randomized clinical trial where we take patients with ischemic stroke and evidence of left ventricular dysfunction, randomize them to an anticoagulant versus aspirin, and follow them for the outcome of recurrent stroke or systemic embolism. That will hopefully put this issue to rest. Hopefully anticoagulation will be better than aspirin as we saw in this subgroup analysis, but again it must be tested in a rigorous large trial do so.

We are currently in the process of designing it. It’s a long process, but we’re in the thick of it. We haven’t finalized what anticoagulant we will use, but we are looking into all anticoagulants, basically haven’t figured out which exactly just yet.

There are lots of different aspects of stroke that we don’t know the answer to yet. My personal interest, obviously, is ESUS, and figuring out why patients had stroke. It’s frustrating to both the patient and to us, the neurologist, not knowing why a patient had stroke and how to best prevent the second stroke. My personal interest is identifying novel risk factors, but there are lots of other avenues of stroke. For example, intracranial atherosclerosis, which we consider more than 50% luminal narrowing to be a cause of stroke, but what about 40% or 30%? If there’s high risk with plaque features, that’s an important avenue of research. I also think that stroke rehab is important as well. In order to figure out how to improve the lives of these patients, post-stroke cognitive impairment is important as well. They’re not my areas of research focus, but they’re very important.