The Evelyn F. McKnight Neurocognitive Scholar at the University of Miami Miller School of Medicine detailed his study on the correlations between sleep and cognitive decline in middle-aged Hispanics. 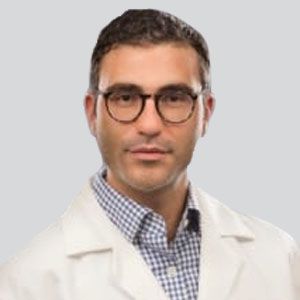 Results from a recently published collaborative national study of middle-aged Hispanic adults identified a link between poor sleep patterns and cognitive decline. Over the 7-year study period, researchers found that taking longer to fall asleep was associated with lower measures of verbal learning, verbal memory, and other cognitive functions.

University of Miami Miller School of Medicine researchers, including lead author Christian Agudelo, MD, found that longer sleep durations were also associated with a decline in cognitive function, while taking naps was associated with less decline in memory function. Agudelo, the Evelyn F. McKnight Neurocognitive Scholar, hopes the study can serve as an important reminder that sleep should be taken as seriously as some of the other pillars of health such as diet and exercise.

Though the study does not demonstrate a causal relationship between sleep and cognitive decline, it does indicate a correlation. In this NeuroVoices segment, Agudelo provides background of his findings, including the importance of diversifying patient populations in clinical trial settings, raising awareness of cognitive effects from poor sleep, and whether future studies looking at other age populations might be on the way.

NeurologyLive: How did you go about conducting this study?

Christian Agudelo, MD: The first thing I’m going to say is that I’m in a fortunate position where this data was made available to me when I arrived at my faculty and got to reap the benefit of other scientists. The Hispanic Community Health study is this ongoing, longitudinal, observational study of Hispanic Latino adults in the US and the purpose is to understand the health of this population in the US. From that monumental effort, different investigators looked at different aspects of health. From this study, we looked at a couple thousand individuals, measuring both their sleep and cognitive function, with the idea of trying to identify what aspects of sleep can predict cognitive health or cognitive decline in middle age.

Would you say the higher risk of dementia in Hispanics plays a factor into your results? Would the next steps be to see if there is similar effect in other populations?

The fact that Hispanic Americans and Latin Americans are more prone to dementia is an interesting concept, especially when you think about the diverse genetic pool of Hispanic Latin Americans in this country. Someone that’s from Chiapas, Mexico, is probably very genetically distinct from someone that’s from Buenos Aires, Argentina. That’s a 10-hour flight. From that perspective, when we look at the demographic as a model, it’s difficult to understand. That’s why studied like this exist; to sort of begin to uncover what’s going on. The study was the first to my knowledge that looked at middle age. There is no other demographic that we know that’s looked at sleep and middle age in this way.

Should we look at other demographics? Absolutely. Should other longitudinal studies that have access to middle aged white adults have that question asked for them? Absolutely. Same with Black Americans, Men, Asian Americans, and other groups. We need to study everybody. In doing so, we’ll identify the things that are unique to certain ethnic and racial groups. On top of that, we'll also find commonalities from a human standpoint.

Is the importance of sleep undersold? Especially now that there is an effect on cognitive function.

Health is like a 3-legged stool. Maybe there’s more legs, but we don’t know. Two of them, are exercise and diet, which are both quite entrenched. Everyone globally accepts that these things are important for your health, especially for your brain health. Sleep is like the redheaded stepchild of this tripod. It is definitely as important as the other 2. As a society, we’ve definitely diminished it. Even in medical training, you power through, you have these ridiculous call schedules, you pay no attention to your circadian function, and pay no mind to what this modern work structure does to our long-term health. Studies like this really point to the reality that sleep does matter. It matters way earlier than you think. Despite not seeing a causal effect, the study points to the idea that what you do in middle age, which starts as early as your 30s, can affect you down the line.

Should cognitive care and sleep disorder care be crossed over more?

Yes, absolutely. It is important to understand and identify sleep issues early, including things like sleep apnea, where something like 80% of the people with sleep apnea go undiagnosed. That’s detrimental. Especially when I see a 60-year-old man coming into the clinic, claiming he’s a little tired, says his wife tells him he snores, we treat him, and then he’s like ‘wow, I just wasted the last 40 years of my life. I didn’t know I could feel this good.’ That’s just sleep apnea, must less known than just regular sleep hygiene. We have to incorporate it into our approach to treatment of neurodegenerative diseases in general, and preventative health as well.

What are your thoughts on conducting a study with younger folks?

That’s an awesome idea. I want to point out that even though this was a Hispanic study, it was a very diverse Hispanic study. The genetic makeup of this group is actually quite diverse. I wouldn’t be surprised if the findings to a study like this are actually more generalizable than we realize. That’s not to say we shouldn’t study the demographics, because we absolutely should. To answer your question about sleep in earlier life, there is some though to neurodegenerative diseases being more neurodevelopmental. If you think the brain of developing from infancy to late adolescence, which goes till like 25, early adulthood which is 25 to 40, and then from 40 to 60 years old, there’s an art to our lives. Everything that happens in the proceeding stage influences the subsequent stage, either physiologically, or at least behaviorally. If you’re someone that doesn’t appreciate sleep as a teenager, that lesson is going to continue. From that perspective, its meaningful. I don’t know if sleep loss or poor sleep decisions for an 18-year-old or 22-year-old will correlate with dementia, because the brain is still developing and growing. But behaviorally, I think it can.

What is the importance of diversifying patient populations in a clinical trial setting?

It is everything. It’s the most important thing. Because without diversifying the pool, it makes it difficult to find common truths that bind all of us. It makes it difficult to find idiosyncratic effects that are meaningful for just some demographics. For example, the APOE E4 gene for Alzheimer disease (AD). If you have the gene, your likelihood of getting dementia increases dramatically, depending on if you have 1 or 2 of the alleles, but not for everybody. In certain sub-Saharan African populations, the APOE E4 gene does not confer increased risk at all and might actually be protective. Just from that perspective, until we study everybody, we make these general truths and assume they apply to everybody, when they don’t. As for clinical trials, more than anything, when you’re looking at treatment, we have to know that the demographics we’re treating have a proven benefit.

Is there anything else of note from your study?

There are 2 points that are important. First, we found that the longer it takes you to fall asleep, the more your cognition declines over a 7-year period in middle age. I can’t say none, but I am going to make a bold statement by saying the vast majority of people have no idea they’ve cognitively declined. People around them have no idea that they’re cognitively decline. Actually, to some extent, we all cognitively decline in middle age, and none of us realize it. All of these people are functional. We’re not identifying cognitive impairment; we’re just predicting subtly cognitive changes that happen faster if you don’t fall asleep quickly. None of these people are demented. That’s the first thing.

The second is that this is a correlational study. Sure, how long it takes you to fall asleep predicts how fast you’re going to decline cognitively, but it doesn’t imply causality. It definitely supports further research to see if the link is causal. The next step would be to see if we can help people fall asleep faster or increase their sleep drive behaviorally or pharmacologically to preserve sleep health.

I think we have enough information in society to make a push to start to value sleep more and incorporate it into the structure of our lives. Whether this be at work, school, medical training, whatever. We should more forward to support people sleeping, and still do more research.