The executive director of Banner Alzheimer’s Institute discussed the efforts being done within the field to improve prevention and therapeutics for Alzheimer disease. 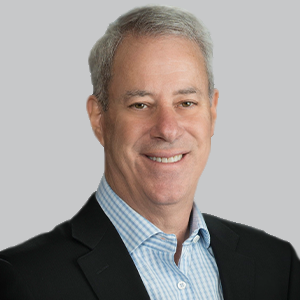 There have been several different advances within the Alzheimer disease (AD) field in recent years, from the approval of a disease-modifying therapy for the first time since 2003, to the improvements in biomarkers and prevention. As the population continues to age, the need for curving the disease at its earliest stages becomes even more critical. The amount of research on lifestyle decisions as modifiable risk factors for the disease has boomed, with the benefits of choices like exercise and diet becoming more well-known throughout the general public.

Many of these lifestyle changes have been shown to lower the risk of other diseases, like heart disease and diabetes, which have been linked to AD. Additionally, previous studies have identified other risk factors such as high blood pressure, obesity, depression, smoking, hearing loss, and binge drinking linked to the neurodegenerative disorder. For Eric Reiman, MD, executive director of Banner Alzheimer’s Institute, prevention is a critical aspect of the disease, and an area that can help the future of therapeutics.

At the 2022 Clinical Trials on Alzheimer’s Disease (CTAD) conference, November 29 to December 2, in San Francisco, California, Reiman sat down to provide his thoughts on the different ways to improve prevention of AD. As part of a new iteration of NeuroVoices, he discussed prevention efforts that involve pharmacological strategies, the positive take-home lessons from failed trials, and the reasons for excitement going forward. Additionally, he touched on how prevention tactics can play a role in future studies assessing new therapeutics.

NeurologyLive®: Outside of lifestyle decisions, are there other preventive measures we can take?

Eric Reiman, MD: Let me talk about prevention research more generally. I'm one of the leaders of the Alzheimer's Prevention Initiative, and we have had a long-standing interest of doing what we could to accelerate the evaluation and potential approval of prevention therapies, and possibly find a treatment that works by 2025. That's still a realistic possibility. This has been a season of twists and turns and potentially game changing events, including not only the exciting developments I've mentioned, but some disappointments.

We completed the first NIH-supported prevention trial in cognitively unimpaired individuals who are at certain risk for developing Alzheimer disease due to autosomal dominant Alzheimer disease mutation, with the anti-oligomeric antibody therapy, crenezumab. This drug did not have a significant effect on amyloid plaque burden, it did not have a significant clinical benefit; although, we were limited power in that effects. When you see a negative finding like that, and you think about these heroic family members at such high risk, It's heartbreaking. We had that heartbreaking finding. And there was another heartbreaking finding in the recent pivotal phase 3 trial pivotal trial of gantenerumab in early AD. Again, my heart breaks for the field, but with these studies, we've continued to learn along the way. If it wasn't for some of these studies, we wouldn't have those ongoing prevention therapies. We wouldn't have had some of these other developments.

We're all in this together. Despite these disappointments—we've had some pretty profound disappointments in the last year—and a lot of discord and views about the interpretation of prematurely discontinued treatment aducanumab. The findings of lecanemab and hopefully donanemab will now provide compelling support for the idea that amyloid plays some role in the development of Alzheimer disease, provide treatments that are a shot in the arms for patients and families, and that have a profound effect on drug development. I'm a psychiatrist, and we don't know the mechanism for anything in psychiatry, and yet we have drugs that work. We have drugs that work based on some serendipitous finding and established treatment, and then knowing those biological effects to further inform drug development in the early stages, and then maybe accelerate approval for things like prevention down the road. With the advent of these treatments, we will now be able to deploy these tools in a way that will further inform drug development. I'm very excited about ongoing prevention trials like AHEAD which is being performed in conjunction with Eisai, and TRAILBLAZER-3, which is being performed by Lilly in conjunction with my colleagues and me from the Alzheimer's Prevention Initiative. I think those will give us our best shot at finding and supporting the approval of a prevention therapy sooner than otherwise possible.

In the meantime, because we have these promising blood-based biomarkers—unlike imaging techniques—you can go back to older studies and help clarify effectiveness. Let’s say a lifestyle prevention therapy that might have an impact on cognitive decline and dementia, you can go back and do a couple of very important things with legacy blood samples. It's been suggested that cardiovascular health, like lowering your blood pressure, treating your cholesterol levels, aerobic exercise, cognitive training, a healthy diet more generally; if those things turn out to be as helpful as it's been suggested they may be, we can now do a couple of very important things.

First, we can find out if that improvement that we're seeing is related to any slowing of Alzheimer disease itself. We can go back and look at the 25% of older adults who already have evidence of preclinical Alzheimer disease who are healthy—but already have the disease—and find out if those interventions have a comparable effect in those healthy individuals with and without the disease. We're excited not only about prevention therapies with regard to drug development, but a range of lifestyle interventions, including those going on with worldwide FINGERS and the POINTER study in the United States as part of that. Leveraging these biomarkers to help to inform what kind of effects those interventions have.

I would like to see a time where we can use theragnostic biomarkers that are associated with a clinical benefit to end up doing prevention trials in let’s say, a year and a half, in individuals at risk so that we can begin to evaluate a wider range of promising prevention therapies and make them available to the public. When we do have a prevention therapy, we need to make sure that they're affordable and widely available. The idea of having blood based biomarkers is that you could end up using them to screen people after the age of 55, every two years to find out if they may be a candidate for a secondary prevention therapy. For instance, if they have amyloid in the brain, it will increase the affordability and availability of those treatments when they are available. For all those reasons, despite some of the challenges and twists and turns that we have seen in this field, it’s a very exciting time.