NeuroVoices: Jennifer Robblee, MD, on Learning from Migraine Care in 2020

Jennifer Robblee, MD, neurologist, Barrow Neurological Institute, shares her takeaways about how migraine care shifted this year and how it may continue to shift going forward. 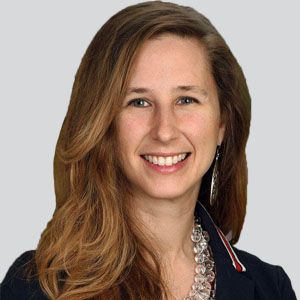 For many clinicians, the COVID-19 pandemic has been a major learning experience across the board, from an increased use of technology, to adapting to new strategies, to finding new ways to get medications to their patients. The limits and durability of frontline workers and clinicians across the country were tested, leaving many to reflect. Jennifer Robblee, MD, claims that her biggest takeaway is the connection felt within her communities.

Robblee, neurologist, Jan and Tom Lewis Migraine Treatment Program, and assistant professor of neurology, Barrow Neurological Institute, has been treating patients with migraine consistently through telemedicine for the majority of the year. She noted that the at-home conditions for non-migraine patients have provided perspective on some of the hardships those with migraine do face.

The latest NeuroVoices is the first half of our conversation with Robblee, which covers some of the educational takeaways from this year in medicine, and how she might build on them in 2021. She also touched on the role stress has played in migraines this year and whether there was an abnormal number of patients whose migraine was related to that.

NeurologyLive: what has this year taught you in terms of resiliency?

Jennifer Robblee, MD: While it has been really difficult for everyone, this year has taught everyone how beneficial your community can be. I’ve connected with a lot of the people within the headache community more this year than ever before. In part because we turn to online groups through Facebook and Twitter, which bring us together and support each other. It’s been a really great way to collaborate and grow friendships with people within those groups. That’s been a very notable and positive silver lining.

Has the pandemic affected the rate of headaches caused by stress?

First off, it’s been an interesting spectrum. Some of our most severely impacted patients with migraine have reported that they still have headaches all the time, and they’ve been essentially self-quarantining for the entirety of their disease process. For them, they felt like they have had a practice run leading up to COVID. Now everyone else has a sense of what it feels like to be stuck at home. For some patients, they feel as though not a lot has changed in what they’re doing because of how severe their disease was prior to this.

For other patients, the pandemic has really impacted them. Whether that’s financially, socially, or the fear of feeling like they can’t go out. They think about whether the virus might make them worse, as well as if they’re at higher risk, which can be extremely stressful, and has led to an increased number of headaches. Add in the fact that patients who do get COVID-19 can have either new onset headache or even worsening of their headache directly or indirectly from the virus. We’ve seen a wide range on how its impacted people.

What are some of your silver linings that you take from this years’ experience?

To echo my point from before, mainly just the connections that I’ve made with my colleagues. We’ve really come together as a group to finds way to advocate for these patients while supporting each other. When this first started, we were all experiencing a lot of stress and fear. We would have this group that would get together to just vent, talk, and support 1 another. It showed what a wonderful community I’m a part of.

The other part is bringing medicine into the 21st century. We now have telemedicine, which is an amazing tool when used properly and safely. I hope it’s here to stay, and that we can continue to use it. As I mentioned, it’s something that is so patient centered for patients with migraine at home instead of harming them further by having them come in. Patients who are stay-at-home moms or dads need to have childcare if they want to bring themselves to an appointment. Same goes for people who end up taking a half-day or a full day of work off when in reality we could do a quick visit over their lunch break and not have it impact them financially. There’s just so many great things about it which overlay any of the negatives such as not being able to see someone in person or doing a physical exam. To this day I can do enough physical exam that I feel comfortable with it. If I have concerns, then we can do in-person for that specific reason.

Do you have any long-term predictions for migraine care?

That’s a great question, and the honest answer is that I’m don’t specifically know. The biggest change I would say is definitely about the use of technology and whether it is more frequent than it is right now. I wonder if it’s helped given people a perspective on migraine. It is a stigmatized disease, and a lot of people don’t recognize how it impacts people. For these people who are stuck at home now, they’re seeing how hard it is for some people who are forced to stay home day after day because of their condition. These patients that I see have that, in addition to all of the horrible symptoms that come with migraine. I hope it’s given people perspective on what some of my patients go through. Even if you don’t have the symptoms, just feeling the impact it has on you may raise some awareness.