The director of the Montefiore Einstein Center for the Aging Brain provided perspective on a new study assessing the use of a novel tool aimed to confirm patients’ cognitive complaints and issues with mobility. 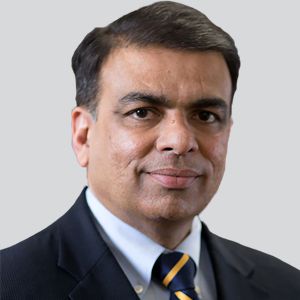 According to the Alzheimer’s Association, 6.5 million Americans older than 65 years old are living with Alzheimer disease (AD), and the number is expected to rise to 12.7 million by 2040. Traditionally, neurologists diagnose AD or its precursor, mild cognitive impairment (MCI), after a lengthy evaluation; however, the underlying changes for these conditions can occur years before a patient receives diagnosis. In recent years, there has been a growing amount of research dedicated to detecting these early cognitive changes in the hopes that it could ultimately lead to fewer diagnoses.

In December 2022, the National Institutes of Health (NIH) awarded an $11 million grant to investigators at the Albert Einstein College of Medicine, Montefiore Health System, and Indiana University School of Medicine to evaluate the 5-Cog, a tool used for assessing cognitive impairment and dementia. Created by those at Einstein, the assessment includes a picture-based memory-impairment screening test, a short picture-based symbol match, and confirmation that a patient has cognitive complaints and problems with mobility.

The study will enroll 6600 participants presenting with cognitive concerns in 22 primary care clinics in the Bronx and Indiana, with primary care teams initiating the assessment. Co-primary investigator Joe Verghese, MBBS, MS, director of the Montefiore Einstein Center for the Aging Brain, sat down as part of a new NeuroVoices to discuss the outline of the study, and more specifically, the 5-Cog tool. He provided perspective on how it functions, why it’s useful in primary care settings, and how it may lead to increased services to those in underrepresented communities.

NeurologyLive®: Can you just give a little bit more detail as to how it came about and how it's specifically built?

Joe Verghese, MBBS, MS: The primary care clinic is the first contact for most older patients who come with cognitive concerns. Its primary care physicians who handle most of the cognitive concerns, but there are many challenges in that setting. Their primary care clinics are busy, they don't have the right resources, many of the tools that we use in a specialty clinic—like the one that I attend—are not available in primary care because these are longer tools that will require specialized personnel. The NIH came up with requests for applications about 5 years ago for people to develop tools that will help address the issue of older patients coming with cognitive concerns to primary care. It was just not just building a tool, but could we pair that with recommendations that could help primary care physicians. We were one of the original three sites—the other 2 being UCSF and Northwestern—that was selected to develop these tools.

Our tool is called the 5-Cog. It's called the 5-Cog because it takes five minutes to do. It doesn't require a primary care physician to administer the tool. In fact, it's meant to be administered by somebody at the front desk or an assisting staff like licensed nurse or practice nurse, or a community health worker. The tool consists of three different tests. These tests were selected so that they could be used in deferral different racial and ethnic groups, and account for low education, which we see a lot in our setting. There are 2 picture-based tools that we use. One is the picture memory impairments screen, which is a set of 4 pictures that tests memory. And that tool was initially developed in a study we conducted in India where we had to deal with a lot of patients who had low education. We couldn't give tools that rely on patients reading something. Instead, we give pictures, which are in a more user friendly for those populations. We bought it back here and developed a local version of the picture memory tests.

We have another picture test called the symbol match test, where people match symbols and numbers. This is a test of non-memory functions like your executive function, and your visuo spatial skills. Then finally, we have a test which is based on pre dementia syndrome that we describe called motor cognitive risk syndrome. The actual syndrome is diagnosed when people have cognitive complaints and slow gait. We took the slow gait component of that test and in the initial version, we had people walking distance and measuring them whereas in the new grant we substituted that with questions. The 5-Cog consists of 2 sets of pictures and questions. It's very user friendly, it's designed to be administered by people with minimal training, and it's cheap.

The other interesting aspect of this 5-Cog test is when you give it the test, we set up points to determine whether you're normal or abnormal. If you're abnormal on any 1 of these 3 tests, you get paired with recommendations that are given to the primary care physician, and then the primary care physician can use their own judgment, because after all, the 5 minutes screen is not the same as a primary care physician who's seen his patient for years. But it helps them in terms that they know there's something abnormal going on, and here are a set of recommendations based on national guidelines. They can then choose to either follow them or not follow them depending on their own clinical judgment.

How will the study be carried out? What are the details the clinical community should know?

In the new study, I'm partnering with a team from Montefiore, as well as a team from Indiana University. My co-PI understudy is Malaz Bustani, MD, MPH, who's really accomplished geriatrician that’s done a lot of work on dementia care in primary care settings. We are going to be involving 22 primary care clinics, 6 in the Bronx, and 16 in Indiana. In half of them, we will be giving these 5-Cog tests as well as the recommendation, and the other half would be usual care. The primary outcome is to see if the 5-Cog leads to more diagnosis of dementia and mild cognitive impairment syndrome. Our secondary outcome is something we call improved dementia care, because it's not just enough to diagnose dementia, you need to do something about it.

We're going to try and see if the 5-Cog actually leads to more appropriate tests being ordered to evaluate dementia like MRI, CT scans, or blood tests. Are medications being prescribed for cognitive impairment? Are primary care physicians referring these patients to specialist clinics for further evaluation? Are they being referred to community organizations or social work for further assistance? This is a composite outcome that we call improved dementia care. The goal of the study is to see, does it lead to increased diagnosis of MCI and dementia, as well as whether it improves dementia care. Right now, we are in the setup phase, but we hope to start enrollment next year. And at the end of the study, we plan to have enrolled 6600 people across these 22 primary care clinics.