The director of the Division of Movement Disorders at the USC Keck School of Medicine discussed the phenomenon behind reflex tears and whether they can serve as a valuable biomarker for Parkinson disease. 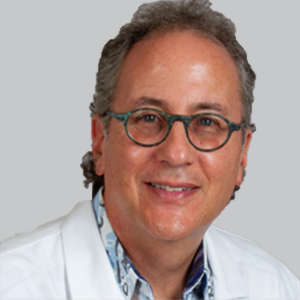 Although more has been uncovered regarding the pathophysiology of Parkinson disease (PD), there is no single definite test for diagnosing the neurodegenerative disease in a living person and no way to track disease progression on a biological level. If identified, a biomarker may lead to accelerated drug development and more targeted therapeutics, along with the ability to predict, diagnose, and monitor disease activity. Progress toward the development of these biomarkers has been a hot topic in the field, with clinicians thinking of unconventional methods to break through the existing obstacles.

One such idea has been to look into reflex tears. At the 2022 American Academy of Neurology (AAN) Annual Meeting, April 2-7, in Seattle, Washington, one analysis evaluated whether the protein composition of reflex tears differs in patients with PD stratified by disease duration. Reflex tears were collected from 77 patients with early PD, 43 with intermediate PD, and 50 late-stage PD, along with 67 male and female health controls (HCs) using anesthetized Schirmer’s test.1

Lead investigator Mark Lew, MD, director of the Division of Movement Disorders, vice chairman, Department of Neurology, USC Keck School of Medicine, sat down with NeurologyLive® for an interview at AAN 2022 to discuss the research presented, along with his previous findings. In a new iteration of NeuroVoices, he broke down the importance of these studies, the need to identify biomarkers in PD, and the advantages observing tears may bring to the field.

NeurologyLive®:Can you explain the interest in this approach?

Mark Lew, MD: It’s an important topic to me because as we move forward in treating Parkinson disease, it has become clear that we need to improve our capacity in making a more formal diagnosis than what we do now, which is clinical exam and then perhaps response to medication over time. There have been recent studies utilizing the gold standard for the actual definitive diagnosis of Parkinson disease, which is looking at brain tissue. We haven’t figured out a way to be able to pluck a piece of brain tissue from a living person and leave them intact. We don’t have Bones’ tricorder from Star Trek who can figure these things out.

Short of that, the gold standard has become post-mortem, and looking at brain and tissue to see if the pathological diagnosis matches the clinical diagnosis. In a study from Mayo Clinic, where they looked at that, they suggested that very early in Parkinson disease before people are taking medication, in the first 5 years, we don’t do such a good job of making the diagnosis. First, many patients are misdiagnosed. Secondly, it would be nice to have some additional help to make the diagnosis of Parkinson disease. We have imaging that can look at the presynaptic dopaminergic neurons to tell us that there’s a deficit of dopamine, but that doesn’t piece apart our differential diagnosis.

We can discern whether someone has Parkinson disease or an atypical syndrome. We currently don’t have imaging that specifically looks at levels of alpha synuclein. It can be very tricky. In addition to helping us with a diagnosis, theoretically, if we had a therapy for Parkinson disease that might be disease-modifying we could turn back the clock or slow the progression of the disease if we initiated earlier. There have been several studies done that have showed that the earlier you provide treatment, the better patients do over time.

Some of the highest level research are studies that are trying to define what we need. One gigantic study, the PPMI study, is trying to define what Parkinson disease looks like over time. Are there biomarkers that over time may be useful? The whole idea is so that we can identify. When we’re looking at prodromal patients before they walk into our office with evident tremor, stiffness, and slowness. I always say, “well, that’s the person a medical student could diagnose across a football field.” Well, we’re okay with that, but we want to turn back the clock and identify that patient maybe 4 or 5 years earlier. If so, we need the tools to be able to do that.

If we had a potential biomarker, that would be very helpful. Does it pass the "so what?” test? If we had a therapy that might be effective early on, we could simply treat people and offer them improvement over the course of time. You want to be able to diagnose them as early as possible with the best sensitivity and specificity so that we could potentially treat them earlier and offer them a better outcome down the line. That’s why it makes sense to look for a biomarker. In the field of Parkinson disease, there’s a whole host of research going on, and many biofluids and tissues are being evaluated. There’s always some contention in the field, but things like blood, spinal fluid, salivary gland tissue, saliva, colonic biopsies, in addition our work looking at tears, have all been evaluated.

Can you provide more detail about the origin of your study?

I started working with a group of scientists in the Department of Opthamalogy and they were literally tear engineers. They run a tear lab and had experience in evaluating biomarkers in Sjogren disease and people that have dry eyes. They became interested in potentially looking at Parkinson disease because the nervous innervation to the lacrimal glad that secretes tears is mixed and includes neurotransmitters like cholinergic transmitters and dopaminergic transmitters. It made sense to try and look at the proteinaceous constituents of tear fluid. Additionally, tear fluid is easy to collect. It’s noninvasive, inexpensive. It’s not like when you do a lumbar puncture, which is a much more involved ordeal, there’s risk of contamination with blood, saliva is dirty, issues with blood and collection. It’s [tears] much safer and less expensive to do.

All of that coalesced to move us down the line. When we started doing this, around 2018, there was no guidance for us because it really hadn’t been done. There are 4 different kinds of tears that we made. We make basil tears. Basil tears are tears that are just secreted on sort of a continuous basis. There are reflex tears that occur in response to irritation. There are tears that are secreted when the eyes are closed like with sleep. And then there are emotional tears. It was funny because when we started the project, all my patents said, “are you going to make me watch a sad movie and cry?” I said, "I promise we won’t do that. I promise we won’t injure you to collect your tears."

When we started the project, we wanted to do the least invasive thing. We looked at basil tears. The way we collect tears is a very simple test called the Schirmer’s test, which has been done for decades and involves taking a small piece of paper, leaving it on the eye for 5 minutes, and the tear fluid is absorbed by the small pieces of paper which then go to the lab. They remove the fluid, put it in various high-tech machines and then run an Elisa assay. It’s easy to do, although the strips are frozen immediately and is a specific process. It’s easy to do. When we first started, we collected basil tears, which meant we had to put in a drop to anesthetize their eyes so that they couldn’t feel it and be irritated. We looked at that first and found that compared with healthy controls, in our patients with Parkinson disease, the level of oligomeric synuclein was increased. It was encouraging.

In the same patients months later, we also collected reflex tears. We collected their tears doing assurance tests without putting a drop of anesthesia in their eyes. It was a little uncomfortable. We’ve probably done thousands of tests on hundreds of patients and no patient has said, “no, this is so uncomfortable I don’t want to do it again.” Patients occasionally comment that it’s a little uncomfortable, but its well-tolerated. The difference was we didn’t anesthetize their eyes, we leave the strip paper in for 5 minutes. When we looked at the results of comparing the main protein that we’re looking at, although we compared several other proteins, we found in reflex tears, our results were better. It’s probably because of the mild irritation, more nervous innervation, it makes sense; however, that cohort of patients was very homogenous. They were predominately in the first 4, maybe 5, years of their disease. Again, we looked at patients as they came in and we didn’t have any guidelines because nobody has done this before.