The assistant professor of neurology at the Weill Cornell Brain and Spine Center discussed his presentation at AAN 2021 evaluating racial disparities in smoking cessation among stroke survivors. 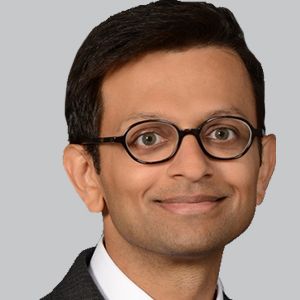 Lead author Neal Parikh, MD, MS, and colleagues evaluated 4,374,011 Americans with a history of stroke and any smoking. They used logistic regression analysis to assess the association of Black race with smoking cessation, as compared to White race, while adjusting for age, gender, Hispanic ethnicity, education, income, health insurance, and smoking-related comorbidities.

Parikh, an assistant professor of neurology at the Weill Cornell Brain and Spine Center, claims that there should be a heightened awareness for recurrent stroke, especially for those who are previous survivors. On a new segment of NeuroVoices, Parikh discusses the motivation behind his study, top-line findings, and ways clinicians can continue to improve this awareness. Additionally, he touches on why these disparities may exist, based on what previous research has shown.

NeurologyLive: Can you discuss your findings and your presentation and detail some of the top-level observations made?

Neal Parikh, MD, MS: In our presentation titled, “Nationwide Disparities in Smoking Cessation After Stroke in the United States,” we were motivated to understand why people have noted disparities in stroke recurrence. For example, why do Black Americans who’ve had a stroke have a higher rate of recurrent stroke than White Americans? To get at that question, I’m interested in smoking and smoking cessation after a stroke. I asked, could this in part be related to differences in smoking cessation after stroke and transient ischemic attack (TIA) by racial group. To look at this, I used data from the CDC Behavioral Risk Factor Surveillance System.

This is a survey that’s conducted annually in the United States where states call their residents by telephone and ask them questions about their health and health-related behaviors. Some of the questions they ask them is, have you ever had a stroke before? And then they ask them several questions about their smoking status. Have they smoked before? Do they currently smoke now? Using this data, I identified a sample of Americans in this study who reported a prior stroke and who reported a smoking history.

By convention, somebody is considered an ever smoker or having a serious smoking history as someone who’s reported smoking at least 100 cigarettes in their lifetime. That’s how I identified stroke survivors with a smoking history. An additional question that respondents are asked is, how do you identify yourself? Through given a long list of choices of race and ethnicity. The way race and ethnicity is dealt with is based on self-report, and the data are drawn from the CDC directly. I have not manipulated those categorizations.

In a standard logistic regression for cross sectional analysis, we asked, “Is self-reported Black race associated with having quit smoking differently than self-reported White race?” Remember, this is among people who have had a prior stroke and who reported having smoked at least 100 cigarettes in their lifetime. We found about 7.4 million stroke survivors in the United States to survey sampling methods, which allow you to get a representative study sample. Of those, 60% of those have a history of ever smoking. In the study population, about 15.4% reported Black race, 74.8% reported White race, and approximately 10% reported other races.

The high-level finding was the difference in the quit ratio. The quit ratio is [asking], “What proportion of the people with a history of smoking have since quit?” That number was 51.4% among Black stroke survivors compared to 63.2% among White stroke survivors. We did some adjusted analyses that adjusted for other demographic factors and smoking-related comorbidities that may influence a person’s decision or motivation to try to quit smoking. In those analyses as well, self-reported black race was associated with lower odds, a lower likelihood of having quit than self-reported White race. Additionally, the odds ratio for that in the fully adjusted model was 0.85.

What factors can we begin to attribute to the differences in smoking cessation among Black versus White patients?

Do you feel as though the awareness for recurrent stroke is not fully there among patients? How can we improve in this area?

When I see my patients, I tell them very explicitly that about a quarter of strokes in the US are recurrent. A recurrent stroke is ideally 1 that can be prevented because the first stroke should alert you and prompt you to take care of any outstanding risk factors. That definitely needs to be emphasized to people that once you’ve had 1 stroke or transient ischemic attack, you’re at a heightened risk of a second event. People need to understand that that’s a risk that can be reduced.

One of the ways to reduce that risk is having excellent control of cardiovascular risk factors. An issue that may come up is that some people may feel a sense of futility or a sense of helplessness. If they’ve had a stroke and they’ve smoked their whole life, they may argue that it’s too late to quit smoking. That’s just not the case. There have been several studies that have shown people who quit smoking after stroke have a reduced risk of future stroke and other cardiovascular disease.