The professor of psychiatry and cell biology at NYU Langone provided insight on new findings that uncover the sources of neuronal damage in Alzheimer disease that may explain the failures of antiamyloid therapies. 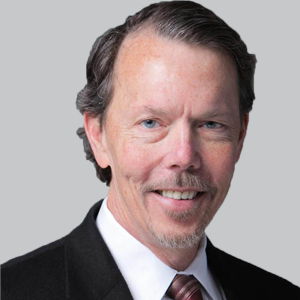 Despite the billions of dollars poured into developing therapies for Alzheimer disease (AD), little regulatory success has been achieved, with a list of failed or discontinued agents that has continued to grow. A popular approach has been to target amyloid-ß plaques; however, some in the field argue that this does not result in the intended sustained disease-modifying effects. Most notably, the 2021 FDA approval of aducanumab (Aduhelm; Biogen), an antiamyloid medication, sparked discussion as to whether these drugs are worth the investment.

Led by researchers at NYU Grossman School of Medicine and the Nathan Kline Institute, a newly published paper in Nature continues to challenge the traditional approaches to AD drug development. The latest study findings argue instead that neuronal damage characteristic of AD takes root inside cells and well before these thread-like amyloid plaques fully form and clump together in the brain. Using AD mouse models in vivo, investigators identified small sacs inside cells that were filled with acidic enzymes involved in the routine breakdown, removal, and recycling of metabolic waste from everyday cell reactions, as well as from disease.

In an interview with NeurologyLive®, senior investigator Ralph Nixon, MD, PhD, provided in-depth detail on the findings observed and the specific underlying processes taking place. Nixon, a professor of psychiatry and cell biology at NYU Langone, sat down as part of a new iteration of NeuroVoices, and discussed the reasons why the community should seriously consider changing their perceptions on amyloid-ß, AD drug development, and the root causes of the disease.

NeurologyLive®: Can you provide greater context on the immunologic changes you observed in your study?

Ralph Nixon, MD, PhD: As the audience knows well, Alzheimer disease is a disorder where toxic proteins accumulate in the brain and ultimately kill neurons and cause cognitive decline. We’ve been interested in the mechanisms in neurons for clearing these types of proteins since it lives for the life of the individual. This process must be efficient for the cell to survive for that long. One of the principal ways that clearance takes place is the process of autophagy. It basically is 2 steps. One, to sequester unneeded or obsolete or damaged proteins, especially as they accumulate in aging and stress, and to deliver them to a lysosome, which is the digestive compartment of the cell, filled with dozens of digestive enzymes of various sorts. The fusion of that with the sequestered material in that vesicle is followed by acidifying the compartment, because the lysosome is highly acidic. In order for these proteases and hydrolases to work, that acidification takes place upon fusion, and then the process of digestion occurs, hopefully, if it's successful, to completely digest the contents. This is an area that we've been investigating for a long time, and mostly, initially in human brain. Over the years, we've documented what appears to be a unique degree of pathology of this system, the autophagy system, and the lysosomal dysfunction. The degree seemed to us to be unique among all the different age-related disorders.

Another feature was that amyloid-ß and metabolites of APP [amyloid precursor protein] were accumulating in these autophagy vacuoles, which are the packets of waste that accumulate. We thought that there was a close connection between autophagy failure and the accumulation of amyloid and other things. The goal at that point was to track this process in mouse models, where we could look at the very earliest stages, we knew in a genetically identical model that had a mutation of Alzheimer disease so that we could know that these mice are going to develop pathology. We could follow that evolution from the beginning to the end stages of the process. This was difficult to do because there were no tools available that were really reliable.

We decided to construct a mouse model in which we transgenically introduced a protein that is a marker of the autophagic vacuoles, and in particular, auto phagosomes. That construct was tagged with two fluorescent probes, a red and a green probe. The concept behind it is that once it attaches to the first stage of autophagy, sequestration, we can follow the whole efficiency and progress of that pathway all the way from sequestration to clearance. In addition, the dual fluorescence allowed us to track the pH (potential hydrogen) of the compartments because this turns out to be the key change that allows us to identify the vesicles. As digestion occurs, the color of the fluorescence turns from yellow to red, which indicates successful fusion of the lysosome and digestion of the materials. To introduce this particular construct into a mouse that was also engineered to have mutations that mimic certain aspects of Alzheimer's disease pathology, we could then follow the progress of autophagy and its disruption during the evolution of the disease, and as before the onset of anything that was previously associated with Alzheimer's, and then to all of the consequences of any disruption that occurred. This worked out beyond our dreams as to how successful we could reveal pathology that had not been seen before.

Were there any findings that surprised you?

There were a bunch of surprises, but one of the things we were most interested in and were able to confirm is that the very first thing that happens in a in these mice is an abnormality of the lysosome. The lysosomes start to lose the ability to acidify. We know why that happens now, but the important thing is that this was happening very, very early before any manifestations of the Alzheimer process that most people track, ie, amyloid outside the cell, plaques, and cytoskeleton changes. This is the first thing that we can detect during this Alzheimer evolution in these mice.

The other interesting thing is that amyloid-ß and other metabolites that we consider toxic in Alzheimer's disease, one of them ill call C99, are the first cleavage of APP to generate this c-terminal fragment. We sometimes call it ß CTF, or call it C99. That then gets cleaved to amyloid-ß. It's been one of these molecules that has a lot of interesting toxicities and has been generally ignored in the amyloid cascade hypothesis because the focus has been exclusively on amyloid-ß. These molecules are accumulating along with other waste in the affected neurons in this mouse model. There was a close connection there between the earliest changes, and even earlier changes in lysosomes than in the amyloid, that is considered to be the earliest stage of disease.

The biggest surprises were some other things that the probe was able to reveal. One of which is that this failure of autophagy resulted in massive accumulation of waste vesicles in the cells, so much so that they are pushing the circumference of the cell body, of the neuron, and causing these balloon-like blebs that are deeply fluorescent because they're basically packed with autophagy waste. They're all around the surface of the cell, which made it look like a flower. That was the source of the description of these phenomena as PANTHOS. P for poison and anthos, the Greek word for flower.

This process, to our knowledge, has never been described. The probe allowed us to see it. In addition to that process, the accumulation of these waste artifact vacuoles was encroaching on the center of the cell and transformed, coalesced into this network of membrane tubules that actually had fibrils of amyloid. Again, this was something that to my knowledge had never been visualized: an intact cell that's still alive accumulates the amyloid that's normally just associated it with the outside of the cell. If you had just stayed within amyloid, you would think this is a plaque. But in fact, it's an intact cell that has all the features of an amyloid plaque within it but is still alive.

The other important piece of information is that all the plaques that develop in these mouse models originated from the death of these PANTHO cells, or PANTHOS neurons. Once the cell dies, the ghost becomes the plaque outside the cell. The bottom line here, and one of the main messages, is the importance of lysosome dysfunction at the earliest possible stage of Alzheimer. This connects with the genetics that we now know. That C99 that I mentioned earlier, the APP fragment, we now know, inhibits the acidification process. When it accumulates, it actually sets a vicious cycle to further de-acidify the lysosome. The lysosome is genetically and pathologically at the earliest outset of evolution at the least in amyloid-ß models.

The other thing that was important in terms of the clinical relevance, is that, as many people know, to this point, the vaccines for amyloid have not been very successful. When you think of what the sequence is that we've defined, it's an inside-out process rather than the cascade hypothesis that the lesion and the amyloid outside is killing the cell as a secondary process. In the case of if we are correct, which I think the pathology speaks for itself, there's very little logic in removing the amyloid on the outside because the cell has already, you know, been so compromised, that it's going to die. There's no reason to remove the amyloid on the outside because it originated from basically a dying cell. One has to now attack the process inside the cell, and to target these individual processes, lysosomes or whatever other autophagy dysfunction that you can reverse, and to cure the cell from inside route rather than by removing amyloid. This is a paradigm shift. Of course, so far, we haven't heard a response from many in the amyloid vaccine field, I'm sure there'll be still some people that will say, well, we need more work, which of course, we do.