NeuroVoices: RJ Tesi, MD, on XPro1595 and the Role of TNF Inhibitors in the Alzheimer Field

The president and chief executive officer of INmune bio provided perspective on the need to diversify the Alzheimer treatment landscape and the potential role of TNF inhibitors like XPro1595. 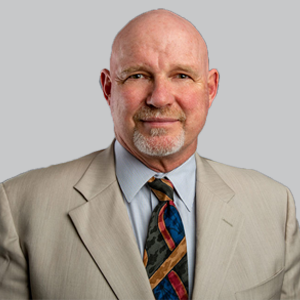 Chronic immune dysregulation, also called chronic inflammation, is a low-grade inflammatory state that, over time, continues to cause issues for individuals, especially those with dementia. Derived from numerous sources such as age, diet, lifestyle, environment, genes, stress, and infections, the combination and intensity of each of these factors is what ultimately sets the innate immune system astray and leads to this chronic inflammation. While antiamyloid therapies continue to dominate the stage in Alzheimer disease (AD), targeting tumor necrosis factor (TNF) has been another promising route of exploration.

In animal models, TNF has been linked to the dysfunction of several aspects of AD, including the loss of neuronal communication, neuron cell death, production of plaques and tangles, and impaired removal of plaques and tangles, which result in psychiatric symptoms. Designed by INmune Bio, Xpro1595 differs from other currently approved TNF inhibitors in that it neutralizes soluble TNF without affecting trans-membrane TNF. In AD mouse models, XPro1595 was shown to improve cognition, facilitate clearance of toxic cellular debris, normalize cell profiles, reduce amyloid, and rescue neuron communication.

At the 2022 Clinical Trials on Alzheimer’s Disease (CTAD) conference, November 29 to December 2, NeurologyLive® sat down with RJ Tesi, MD, president and chief executive officer of INmune Bio. In a new iteration of NeuroVoices, Tesi discussed the need for different approaches to dementia, including the use of TNF inhibitors like XPro1595. Additionally, he provided insight on the therapeutic benefits of this drug, the differences between soluble TNF and transmembrane TNF, and the future for treating neurodegenerative disorders.

NeurologyLive®: Why you feel as though that this is a potentially advantageous therapy for not only Alzheimer's disease, but dementia as well?

RJ Tesi, MD: XPro1595 is a very unique drug on 3 fronts. First of all, it is a TNF inhibitor. TNF inhibitors have been around forever, but those drugs are very different than ours. It turns out that TNF has 2 cytokines, soluble TNF, and transmembrane TNF. Soluble TNF is the bad TNF. This is the TNF that causes neuro inflammation, causes autoimmune disease, it's the one that can actually kill neurons. It's the only cytokine that can kill neurons. Transmembrane TNF, where the TNF is attached to the membrane with a stock, is the good TNF. It protects neurons, it promotes remyelination, and improves function of macrophages. The current drug, which we call nonselective, block both. And in blocking both, you get rid of inflammation, but you don't fix the problems. You get rid of destructive inflammation, but you still have a train wreck.

XPro only targets using this dominant negative technology. It neutralizes soluble TNF, but it preserves the function of transmembrane TNF. You get rid of destructive inflammation, but you polarize to constructive homeostasis. In other words, the microglial cells go from destroying myelin, synapses, and damaging neurons to cleaning up the mess. Oligodendrocytes start working, you remyelinate, synapses start connecting to neurons, and the neurons are healthy. You go from destructive inflammation to homeostatic function. If you just stop inflammation with some other strategy, you don't get the second step. You need both. You need both if you're going to flatline patients, which is our goal.

We've got this in spades in animal models, but people go, “mice have 4 legs, human have 2. What's it like in humans?” Well, our phase 1 trial translated perfectly from mice to men. Everything we saw in animals: decrease in microglial activation, remyelination, improvement of synaptic function, and improvement in nerve cell survival, we saw in man. I think one of the things that separates us from everybody else is that everyone says, “OK, we get rid of amyloid.” We're not very interested in amyloid, as you might imagine. We're interested in biology, we're interested in what's happening in the neurons. We think dementia, not just amyloid, not just Alzheimer disease. Alzheimer disease is the biggest part of dementia, but dementia is 2 things: it's nerve cell death, and synaptic dysfunction. Remember, synapses are the wires that connect nerve cells. If you've got your mother's birthday in a nerve cell, and you have synaptic dysfunction, you can't remember her birthday. If the nerve cell dies, you can't remember your mother's birthday. But if the nerve cells are alive, and I give you a drug that actually reattaches that synapse, suddenly you remember from mother’s birthday.

If the nerve cells dead, you're not going to recover, you have to relearn it. The bottom line is the therapies for Alzheimer disease we believe trying to reestablish dead nerve cells is a loser's game. Sick nerve cells will get better, but most importantly, you want to reestablish synaptic function. Inflammation is the most efficient way to cut those synapses. And after inflammation goes away, they're like a tree, they sprout and reestablish those synapses. In fact, we expect responses to our drug to be quite brisk. We've been criticized that we only do 6-month trials. What’s interesting with the lecanemab (Leqembi; Eisai) trial, if you look at their 6-month data, they were ringing the bell at that time point. Now, they had 1700 patients. You can do that with 1700 patients. We think because of the differences that we're going to see, you can do with a smaller number. But the bottom line is, even with the antiamyloid therapies, you begin to see measurable changes in cognitive function at 6 months. You don't need to do 18 month trials. You don't need to put those placebo patients at risk for 18 months. You can do shorter trials if you've got good drugs. We think we have a good drug.

Do you feel as though there just needs to be a change in the overall drug treatment landscape? Do we need to be more diversified?

Absolutely. You've got 2 things going on: you have a little bit of groupthink, which comes with inertia. In other words, people have got in their mind in 1992 that amyloid was the bugger. And they've been chasing it for 30 years. There have been many failed trials, and unlike other areas of drug development, where they kept saying, "if this doesn't work twice or thrice, we throw that hypothesis out and we go somewhere else,” people just kept thinking, "we didn't have a good enough drug to go after amyloid." We didn't go after the right so and so. They kept making excuses. And they wasted thousands of patients and billions of dollars. Part of it was quite frankly, driven by the NIH. The NIH was only funding amyloid and tau studies.

When the companies went to academia for advice, they talked to people who are getting funded for their amyloid. You have this vicious cycle, this echo chamber going. I've been dealing with XPro and neuroinflammation since 2011. When I first started talking to people about neuroinflammation and neurodegenerative disease, they were like, what are you talking about this? Now, obviously, it's on everybody's lips. But the fact is, now that we finally had a success with amyloid, there's still the diehards out there. But I think that people say, "OK, we know exactly what to expect, now we need to go somewhere else if we want to move that curve up."

I’m very optimistic. At the end of the day, investors aren't going to invest in the third or fourth amyloid company, and partners aren't going to want to be the third or fourth amyloid antiamyloid company to the table. They're going to want to have something else. We'd like to think we follow the biology, but in biopharma, you follow the money, and the opportunity in the future will be nonamyloid therapies. The future is bright. I've said this before, we have entered the golden era of CNS drug development, not only Alzheimer disease, but elsewhere. Cancer is becoming kind of a tired horse. I predict that there's going to be some reckoning in the cancer space. Companies with very little market opportunity have really huge market caps. When there becomes more success in CNS (central nervous systems) because of the untapped potential and unmet need, I think investors will come. When investors come, innovation follows, and when innovation follows, the patient's benefit. At the end of the day, that's what the goal is.