The consultant in the department of neurology at Mayo Clinic detailed a number of topics surrounding Parkinson Disease Awareness Month, including the progress made in the last 2 decades. 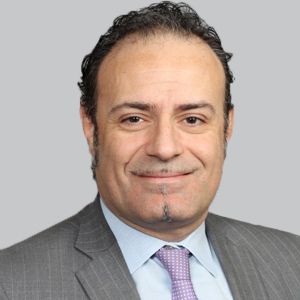 Parkinson Disease Awareness Month is set aside each April to draw attention to the neurodegenerative disorder that affects an estimated 7 to 10 million people globally, with World Parkinson’s Day on April 11 at the center of this observance. Organizations and advocacy groups within the Parkinson disease (PD) community have played their part in heightening the awareness of PD, while trying to gain the attention of lawmakers, industry representatives, scientists, and health professionals.

The theme of this year’s awareness month is #KnowMorePD. With that, the Parkinson’s Foundation is not only looking to raise awareness of the disease, but the resources the organization and other advocacy groups can offer to help make lives better for people with PD and their families, especially as society distances itself from the pandemic on its return to normalcy.

As part of raising awareness and continuing conversation, NeurologyLive recently sat down with Rodolfo Savica, MD, PhD, on a new segment of NeuroVoices. Savica, a consultant in the department of neurology at Mayo Clinic and researcher of early-life predictors of neurodegeneration, provided his thoughts on the state of the disease, the areas that need additional research, and where clinicians have made the greatest strides over the past 2 decades.

Rodolfo Savica, MD, PhD: Raising awareness for Parkinson disease is crucial, especially by having an entire month dedicated to initiatives when people can talk, discuss, argue, if you will. But also sharing information on Parkinson disease is a fundamental need of our society, mainly our medical society. From a medical and patient standpoint, we are dealing with a situation where the most effective drug we’re using has been around for about 40 years, whereas newer drugs have been proven to be marginally if minimally effective. Clearly, there’s a huge need to try to increase the knowledge and provide more information and awareness, but also allowing the general public, the funding agencies, and the government to devote funds and research opportunities for researchers and patients that are in need of answers.

Therefore, we have an entire month on the awareness of Parkinson disease, which is crucial. We have to remember that Parkinson disease affects 2% of the population of North Americans after the age of 70. It is a condition that is frequent, and many people either directly or indirectly are touched by a family member, a friend, or somebody they know who has the disease. It’s of utmost fundamental, importance to raise awareness and gain more knowledge on Parkinson disease.

There are a number of needs for patients with PD, what do you feel are the most important? Which need more research?

When we talk about Parkinson disease, classically, what physicians, PAs, nurses, and everyone starts talking about is the presence of tremor, slowness, or rigidity. Those are the center stage characters, but as in every movie, if there’s a protagonist, there are a number of supporting cast members, that is as equally, if not sometimes more important than the actual protagonist itself.

There are a number of symptoms that need to be known. For example, sleep disorders tend to keep these patients up during the middle of the night. Symptoms like constipation can sometimes be the top 1 complaint from patients with Parkinson disease. Personally, if someone is having constipation, severe constipation for weeks, he or she would not feel very good. There are also problems with depression, memory loss, and mostly mood disorders. Additionally, there are problems with temperature sensitiveness, pain, and aching. Things that usually do not get the center stage.

The patient with Parkinson disease needs to make their neurologist aware, because the old generation of neurologists would look at you, see your tremor or stiffness, prescribe medications, and say, “see you later.” The new wave is making sure that our patients are completely, holistically, totally listened to, and see what the main symptoms are. Sometimes tremor is not the main component of the problem. Sometimes all of their symptoms are coming up. That’s 1 of the major stresses. Trying to understand the who, when, and what symptoms are developing and what they mean in the context of the prognosis of Parkinson disease.

We don’t know very well how the symptoms are clustering and how somebody has a different number of non-motor symptoms. They will have a different prognosis than somebody that does not have this particular set of symptoms. Research that has been done in the last 15 or 20 years has tried to identify the symptoms. One of the most important studies ever done was by 2 neuropsychologists that proposed an idea that Parkinson disease, in many cases, does not start directly in the brain, but starts in the nervous system involved in your factory bulb, which makes people have issues with smell, and in the gut, which might lead to the constipation. With an ascending partner, it will go to the brain affecting the tremor cells and then the motor cells. That is 1 aspect of that, but clearly there is way more than we know.

One thing that is important, and I want to make clear, Parkinson disease is not 1 single disease. Parkinson disease is a final outcome of a number of other things that may share the same biology but are coming from different directions causing within Parkinson disease, a number of different variants. For example, if somebody has breast cancer, a woman can go to the oncologist, they do a mammogram, biopsy, and the biopsy is looked under a microscope. In a few days, we will know whether this cancer responds to treatment, how aggressive or not it is and so forth. We can have the same analogy in Parkinson disease, where despite it being the same disease, there are many differences that can realize a number of variants within the disease. Unfortunately, we don’t have the luxury of looking under the microscope with a piece of the brain to know exactly what’s going on. The idea is to try to identify a different way to see how the different disease states are progressing. Our different diseases are moving in different directions.

How has our knowledge of the disease increased over the last 20 years?

In terms of medication wise, we haven’t made a lot of progress in moving along a cure or treatment of Parkinson disease. Gocovri, which is amantadine extended release, is still amantadine, which is a medication that has been even older biologically than carbidopa levodopa. The knowledge of the disease has increased in the sense that now we know that the final pathology, which is the accumulation of alpha synuclein Lewy bodies, is a common theme in many of the cases, if not all the cases. Not everyone, but in most cases. We know that there’s a mechanism on how this accumulation is increasing or decreasing, or modifiable.

Very soon we will be on the verge of a revolution in the sense that we will have a molecular diagnosis of Parkinson disease. We will be able to identify a subgroup or many subgroups of patients that have similar particular biological and biochemical characteristics. They may respond to treatment that are more curative than others.

The mistake we’ve been doing over the years, even in the medication trial and neuroprotective trials, is that we lump everything together. We know that Parkinson disease is not 1 disease. If we are able to identify differences in groups, it’s possible that agents that failed in the past, may be used now. One thing that we’re seeing is in the degeneration. For example, in Alzheimer disease, there are some medications that are coming up as possible monoclonal antibodies that would work on reducing the plaque accumulation. These medications will be infused at an infusion center. It’s something that’s about to be happening and will happen as well in Parkinson disease, but not in everyone, only a number of patients that have specific characteristics.

Men and women are absolutely different. Many women with Parkinson disease do not have the same disease, as well as the same characteristics. This has to do with not just the hormones, but the actual chromosomes X and Y. We’re not talking about gender identification; we’re talking about real sexual chromosomes and the biology of them. Even if Parkinson disease is different in men and women, where men are twice as more common to get the disease, another major difference is that early onset Parkinson disease is inherently different in terms of biological mechanism, tan someone who has the disease in their 70s, 80s, and 90s. Those are 2 main differences that we already see. These group of patients may already have not been treated the same way in the future. That’s an important thing to point out and stress when raising awareness.