NeuroVoices: Stuart Silverman, MD, on the Significance of the Phase 3 FENhance Study of BTK Inhibitor Fenebrutinib 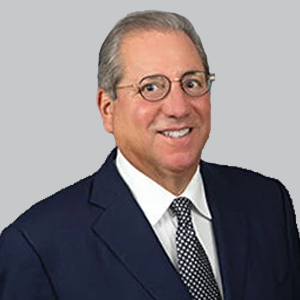 Despite the growth in therapeutic options for patients with relapsing multiple sclerosis (MS), there remains an unmet need for more effective alternatives that not only reduce MS disability and relapses, but also slow progression of the disease. The large-scale, phase 3 FENhance study (NCT04586023) is assessing the efficacy and safety of fenebrutinib (Genentech), an investigational Bruton tyrosine kinase (BTK) inhibitor against a comparator drug, teriflunomide (Aubagio; Sanofi), which was approved in 2013. To date, fenebrutinib has been studied in more than 1200 people across several inflammatory diseases.

Announced in 2022, FENhance is expected to fully conclude in 2025. It will involve 1400 total participants between the ages of 18 and 55 who have been diagnosed with relapsing MS within the last 10 years; of which, Allegheny Health Network (AHN) will enroll at least 4 such participants. The primary outcome of the study evaluates annualized relapse rate, while other secondary outcomes include time to onset of 12- and 24-week confirmed disability progression, as well as total number of gadolinium-enhancing T1 lesions, among others.

To learn more about trial, NeurologyLive® sat down with Stuart Silverman, MD. Silverman, a neurologist at AHN’s Neuroscience Institute, provided insight on the uniqueness of FENhance, what the results may tell about fenebrutinib, and why it represents a big step for BTK inhibitors in general. He also discussed the mechanism of action of the agent, and how it stacks up in comparison with other investigational BTK inhibitors currently in development.

NeurologyLive®: How is FENhance unique in comparison to other traditional MS drug trials?

Stuart Silverman, MD: I’m aware of the study, one of my colleagues [Troy Desai, MD] is participating in it, but it's basically comparing a new, novel mechanism of action of a drug—Bruton’s tyrosine kinase (BTK)—which are a set of drugs that we never used for MS before. This study is different for 2 reasons. It's different because it's using a novel drug that has a different mechanism of action and it's being studied against a drug that’s not one of the original platform drugs like Avonex, Betaseron, or Copaxone. Some of our recent studies, for whatever reason, have been seen against either a placebo or an old drug, whereas this study involves teriflunomide or Aubagio, which is a relatively new drug. That sort of makes it a little bit of a better comparison than the less efficacious drugs that other newer drugs are being compared to in other studies.

Is there a reason why teriflunomide has been used as a comparator drug before?

It's interesting because teriflunomide has a unique mechanism of action that’s hard. We don't really know the exact mechanism of action, but it's not one of these newer B-cell selective agents. It works on both T-cells and B-cells, and I think it's being used more as a comparator because it has a different mechanism of action than some of the older drugs. I think the perception will be that if whatever drug it goes against, comes out favorable for that drug, people will look at more highly, perhaps, if that makes some sense. It's a drug that's only been out for 9 years as opposed to for example, ocrelizumab (Ocrevus; Genentech) which was studied against the drug interferon beta-1a (Anovex)that came out 25 years ago. Academicians will say, yeah, this drug was compared to a drug that's only nine years old, as opposed to one that was compared to a drug that's 25 years old.

How does each BTK inhibitor differ from each other?

That's a great question, and there are definitely differences. it's a higher level of biochemistry and physiology, but for these BTKs and the drug fenebrutinib different is that when it exerts its mechanism of action, it is reversible, and non-covalent. What that means is that it can be discontinued and not have side effects whereas the 3 other BTKs are covalent and reversible. They’re just beginning to be studied. One is a Janssen/AbbVie drug, 1 is a Sanofi drug, 1 is a Serono EMD drug, and those mechanisms of action all have different things. Named ibrutinib (Imbruvica), tolebrutinib, and evobrutinib, they're just in the infancy of being studied. One is more for oncology use, and the other 2 are for more MS use, but what makes drug (fenebrutinib) we're discussing different is that it would be a lot safer because of its ability to be reversible. If somebody gets an infection, or has an EKG change, or has a vital sign change, if the drug is discontinued, the binding sites won't take months for the effects to dissipate. For instance, if a drug has a half-life of 6 hours, you think that within 6 hours it would be out of your body, but if the drug had half-life of 48 hours, it would take 2 days for the drug to get out of your system. These BTK drugs have different mechanisms of action and so they have different will half-lives which we don't really use that term for these drugs, but to make more understandable that if they're discontinued, there would be much less chance of whatever the adverse effect is not being prolonged.