The director of the Institute for Health, Health Care Policy and Aging Research at Rutgers University discussed a recently published report on meeting the challenge of caring for persons with dementia and their care partners and caregivers. 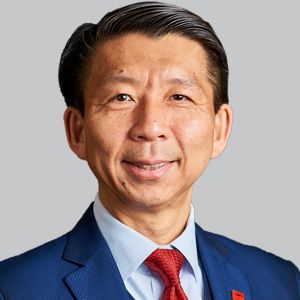 A recently published report by an expert committee to assist the National Institutes of Health (NIH) and the broad dementia community assessed the evidence for care interventions for persons living with dementia and caregivers, as well as informed decision making about which interventions should be broadly disseminated and implemented. Using an Agency for Healthcare Research and Quality (AHRQ) systematic review as primary evidence, the committee also provided a blueprint for future research.

Among the committee was XinQi Dong, MD, MPH, told NeurologyLive he was proud to state that they considered additional evidence and input that included perspectives from persons living with dementia, care partners, and caregivers. Dong, director of the Institute for Health (IFH), Health Care Policy and Aging Research at Rutgers University, feels as though the report helps highlight the gaps within clinical trials that misrepresent patients with dementia and the real-world population.

This week’s NeuroVoices features the first half of a conversation with Dong, who laid out the most notable findings from the report, and ways that dementia interventions can improve. He also touched upon the idea of including patients’ voices on the build of clinical trials and why prioritizing research that promotes equity, diversity, and inclusion is critical within this patient population.

NeurologyLive: Can you provide more background on your report? What were some of the top-level conclusions you and your colleagues made?

XinQi Dong, MD, MPH: This was a 2-year process for the National Academy Report, the consensus study, where we dug deep into the literature, understanding now only the degree of evidence, but also the strength of each of those evidence into consideration. We had previously discussed that the collaborative REACH model, even though it was inconclusive, was promising in the area of being able to support caregivers for those with dementia.

In terms of the overarching gaps, there were a lot of discussions thinking about the future of the blueprint. We talked a lot about using strong pragmatic forms of methodologies to be able to inform the research. Studying people with dementia can be difficult, as well as studying their caregivers. We wanted to have not only short-term, but long-term studies, with the right sample size to be able to understand the needs of not only the caregivers but the care partners and care recipients as well.

Some of the other major recommendations surround a core measurement of outcomes, where we’ll be able to pull study findings together. Every study has slightly different outcomes of interest, and that makes it very difficult to conduct systematic comparison studies. I think that’s really important. Another focus is on the outcomes that are most important for a person living with dementia and their caregivers. Understanding issues relating to intended and unintended benefits and harm. Every intervention has a lot of intended benefits they hope to measure, but sometimes those unintended benefits can occur and cause harm.

Being a stressful caregiver matching the degree of family conflict can lead a person to elder abuse, neglect, and exploitation, which are all areas that I have conducted a lot of studies in. Those 2 things need to be measured through the continuum of stages of dementia. Another gap was to look at qualitative methods, because when we use the tools to measure things, we only know what we know how to ask, we don’t know in terms of the narratives. This is where the qualitative study comes in.

The last major recommendation is assessing their real-world effectiveness, making sure that the evidence that will ultimately be needed can support the decisions and implementation of those interventions in the real-world. I think about leveraging complimentary study design methodologies. For example, we talk quite a bit about pragmatic trials, these are the trials that can give us much more meaning than the lack of a better phrase, ‘pure siloed RCT’ that are perfectly designed but don’t necessarily provide real-world answers in the same way.

Related to this last major recommendation is making sure that we expand the focus on policy level interventions. A lot of the research that has been done has been focused on individuals and their immediate circles. While that’s important, interventions focused on community and policy levels, increases the generalized abilities. That last key point is making sure that we address key factors that need to be taken into consideration to assess the real-world effectiveness of those interventions.

Should patients have more say in the end points of clinical trials? Would this lead to potentially more treatments breaking through for the quality-of-life aspects of care?

As I alluded to a little bit before, we need those qualitative studies from individuals. One of the things I’m very proud of as part of the committee was that before the report was formalized, we invited a lot of patients with Alzheimer disease, as well as caregivers, to speak to us about their narratives, their needs, and how we can shape the report together. There are substantial barriers to get a grant funded from the National Institutes of Health, which for example, requires rigorous methodology. While that’s important, it often misses the voice of the members or those who have been affected.

There are ways to mitigate that. In research, having a community or advisory board can help shape the research studies, and the questions being asked so that we can ask more relevant questions that researchers may or may not have thought about before from a pure methodological perspective. That humanism, those more specific in-depth narratives, can help us do research better. Something I talk about myself through the work I do is that full-cycle research. Having a hypothesis for that to be, having input from the community, design the study, collect the data, analyze the data, and have that data fed back to the community and then that irritative process will make us better researchers. I hold incredible enthusiasm that research methodology can help us push the gaps, especially in the dementia care, at a much faster pace than if we conducted research purely in silo.

Your blueprint laid out prioritizing research that promotes equity, diversity and inclusion. Why are these so important, especially within the dementia space?

Dementia affects all of us. It’s not just a Caucasian issue, or African American issue, or Hispanic or Asian group issue. It affects all of us at one point or another, as some groups may be more predisposed to having dementia, based on risk factors, comorbidities, so on and so forth. Our communities are getting increasingly diverse. Having adequate representation in clinical trials is a form of social justice to our communities, but also equally important to give us better science and a better data to understand the representativeness, the generalizability of those research findings back to our community.

What good is research if we publish, let it sit on the shelf, and don’t implement it into our community population? If we have clinical trials that don’t enroll African Americans for diseases and conditions, that may have a disproportion effect on the population. How will their population be able to take those results and naturally use that for themselves? I think there’s many levels of social justice embedded in that question, but it’s equally important, as researchers, that we do conduct better research when we have better representation.