Cutting-edge insights on the value of deep brain stimulation of the subthalamic nucleus in Parkinson disease. 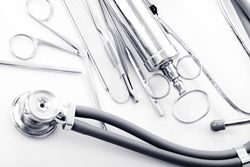 The value of deep brain stimulation of the subthalamic nucleus (STN-DBS) in Parkinson disease (PD) was the topic of several research reports presented at the International Congress of Parkinson’s Disease and Movement Disorders in Hong Kong.  Included was a Chinese study that sought to clarify whether reduction in dyskinesia following STN-DBS is a direct effect of DBS or simply related to a decrease in levodopa dose.

Another study, emerging from Korea, examined whether STN-DBS can have a long-term effect on the amelioration of freezing gait, and a Spanish study confirmed that STN-DBS results in improvement in Unified Parkinson Disorder Rating Scale (UPDRS) part III (motor) scores and allows for reduced need for medication.

The Chinese study, conducted by Yan Zhang, PhD, of Peking University in Beijing and Jia-Yu Li, MD, of the Beijing Institute of Functional Neurosurgery, confirmed the value of STN-DBS in ameliorating levodopa-induced dyskinesia.1 The team evaluated 20 patients with severe levodopaâinduced peakâdose dyskinesia who underwent bilateral STNâDBS implantation. Postoperative medication was unchanged for the first 3 months and then gradually reduced.

Patients were examined prior to DBS implantation and 3 months and 1 year postoperatively. PD symptom severity was assessed by the UPDRS and severity of dyskinesia was measured by the Unified Dyskinesia Rating Scale. At follow-ups, all of the patients were dyskinesiaâfree whether they underwent medication reduction or not. Zhang and Li concluded that STN-DBS apparently does directly suppress levodopaâinduced dyskinesia in PD.

A team from Seoul National University Hospital in Seoul, Korea, found that STNâDBS can have a longâterm effect on freezing gait in relation to medication “off” mode, but not “on” mode.2 The team evaluated patients with bilateral STNâDBS whose patient registry data included a complete set of 5âmeter walking task videos, including at baseline and at 5â or 7âyears’ postoperative followâup.

Freezing gait and axial score improved under Medâoff/DBSâon conditions. Axial score also improved  under Med-on/DBS off conditions, but freezing gait only showed improvement at  2-years’ follow-up, not the final 5- or 7-year follow-up.

The Spanish team, from the ClÃ­nica Universidad de Navarra in Pamploma, evaluated the efficacy of STN-DBS in reducing need for medication in PD.3 The team retrospectively assessed clinical outcome in 44 patients.  Medications were converted to the levodopa-equivalent daily dose to calculate changes in total levodopa-equivalent daily dose. Changes in UPDRS scores and the presence of nonmotor symptoms during follow-up also were measured.

The researchers found a marked 46% reduction in levodopa-equivalent dose after surgery. The reduction rate was maintained after 6 month, with no statistical differences at 2 years follow-up. A 48% reduction in UPDRS-III was seen, and held steady at the 2-year follow-up. The team concluded that STN-DBS is effective in the treatment of PD and offers a long-term effect that includes reduction in medication and improvement in motor symptoms.