The director of the Memory Disorders Program and professor of neurology at Georgetown University Medical Center details his findings from the phase 2 study of nilotinib in patients with Alzheimer disease. 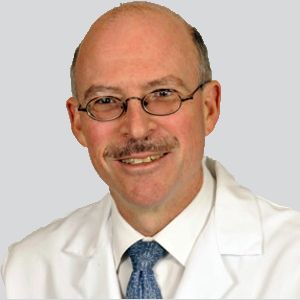 Nilotinib recently made news in December 2019, showing an alteration of exploratory biomarker levels as well as reasonable safety in patients with Parkinson disease (PD). This time, new data on the drug showed it is safe, with a well-tolerated profile, and achieved pharmacologically relevant brain concentrations in patients with Alzheimer disease (AD).

The study was presented virtually at the Alzheimer’s Association International Conference (AAIC) 2020 annual meeting by lead author Raymond Scott Turner, MD, PhD, director, Memory Disorders Program, and professor of neurology, Georgetown University Medical Center. The results also showed that the treatment had an impact on reducing amyloid burden in both the temporal and frontal lobes.

Turner sat down with NeurologyLive to discuss his findings, as well as where nilotinib stands among other AD treatments in development. He also overviewed some of the trends in AD research and other notable findings from this year’s AAIC annual meeting.

NeurologyLive: Were you surprised by any of your findings? How would you describe the overall safety profile?

Raymond Scott Turner, MD: This was a double-blind, phase 2 pilot study that enrolled 37 patients with mild to moderate dementia. The major goals were to show safety but also to find some target engagement and evidence from biomarkers. It’s clearly too small to detect any changes in clinical outcomes, so we weren’t expecting to see that. We were encouraged because it did seem to be very safe, particularly at the once daily low dose of 150 mg. At the 300-mg dose we found a little bit more behavioral problems, specifically agitation, but there were still no safety signal problems.

We also found evidence of efficacy in the biomarkers. The most encouraging results was in the amyloid PET scan. We found a reduction in amyloid PET in the nilotinib-treated group compared to an increase in the amyloid burden of the placebo-treated group. There was a significant difference in the frontal lobes but was not significant in the temporal lobes or in the total brain.

Our working hypothesis is that the drug is triggering autophagy therefore would help remove or digest any intraneuronal protein aggregate including neurofibrillary tangles, Lewy bodies, alpha synuclein, aggregates, etc. We are hoping to find we are hoping to find encouraging results with the biomarkers, and this is what we found with amyloid PET. We also have found encouraging signals in amyloid beta levels in the spinal fluid, including AB40, AB42, as well as phosphor tau. All of these were encouraging results. We demonstrated safety as well as some evidence of improvement in biomarkers of AD. We’re hoping to move on with a larger, longer study, perhaps with earlier dementia patients, mild cognitive impairment (MCI), or milder forms of AD. If we treat it longer, we would have a better shot of finding benefits with clinical outcomes. One note though is that it is an expensive drug, and we’ll have to work with the manufacturer to perhaps donate drug and matching placebo to get the phase 3 trial started.

The next step is moving to a phase 3 study, do you have any ideas or plans on what specifically you might be looking for in that next phase?

For the next phase we would try to move clinical outcomes, cognitive measures, functional measures, and collect biomarkers. Obviously, we would not only like to include just amyloid PET scan but tau tangle PET scan in the larger follow-up phase 3 clinical trial. We would probably target milder AD in the next study as well. I think we have a better shot of finding clinical benefit with mild AD, perhaps even MCI, or even a prevention trial for people who are cognitively normal but have abnormal biomarkers, suggesting they’re at higher risk for dementia. The structure of the next phase 3 trial is still to be determined and will partially depend on if we can get a source of the drug and matching placebo from the manufacturer.

A recent paper from Jeffrey Cummings, MD, ScD, of Cleveland Clinic and others identified multiple trends in development in the Alzheimer disease pipeline, what are your thoughts on the overall direction of Alzheimer research?

Before I continue, I just want to say that nilotinib is a novel mechanism of action that is different from all other Alzheimer drugs and trials that are ongoing. As everyone knows, aducanumab, which is an anti-amyloid monoclonal is under review by the FDA. They will make a ruling sometime within the next 6 months or on whether to approve or require additional trials before approval. I think the anti-amyloid antibodies are showing great promise in not just moving biomarkers, but hopefully in moving clinical, cognitive, functional outcome measures. We have a lot of anti-tau tangle, monoclonal antibodies up and coming that are currently in phase 2. We have very encouraging results with the tyrosine kinase inhibitor nilotinib and are going to pursue that. Overall, there are a lot of interesting developments. There’s a lot in the pipeline, not nearly enough, but a lot in the pipeline nonetheless with a lot of encouraging results.

We haven’t come up with new treatments for a long time, but we’ve developed a lot of new biomarkers which will ultimately help us come up with new treatments. Even at the meeting today and yesterday, I saw a lot of new developments on a blood test for AD. Things such as very sensitive measures of phosphor tau, being able to predict your spinal fluid tau, tau PET scans, and amyloid PET scans. All of this is occurring 20 years before any clinical signs or symptoms of dementia.

Do you feel as though blood biomarker studies are the most prevalent in AD research currently?

There’s a big group of studies on developing new treatments mainly anti-amyloid monoclonal as well as a lot of research on biomarkers, new biomarkers, including blood tests, blood-based biomarkers for AD. Furthermore, there’s a lot of research in risk factors, lifestyle risk factors, and potential lifestyle interventions that will probably decrease risk of AD. Those include things such as hypertension, diabetes, obesity, previous history of traumatic brain injury. We just learned at the meeting that getting a flu shot or the pneumococcal vaccine may lower the risk of AD. Obviously, we have no idea what the potential mechanism may be, but there are a lot of potential lifestyle modifications which can lower risk.

Is there anything else you’d like to add about your study?

With our study, we found a reduction in amyloid in the brain by the amyloid PET scan. This degree of reduction was similar to what was found with the BACE-1 inhibitors. Obviously the Bass1 inhibitors are no longer in clinical trials because they actually made cognition worse. We on the other hand, did not make cognition worse, and yet had a similar degree of magnitude in reduction of amyloid burden in the brain. Overall, we’re very encouraged by the results of the study.