Nipocalimab in Myasthenia Gravis and the Remaining Needs for Patients

May 6, 2021
By Marco Meglio
Conferences|American Academy of Neurology Annual Meeting 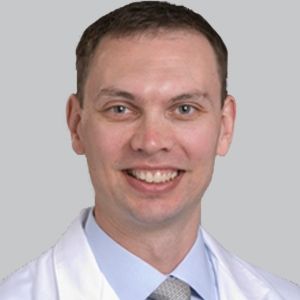 Data from the phase 2, multicenter, randomized, double-blind, placebo-controlled Vivacity-MG study (NCT03772587) demonstrated that treatment with nipocalimab (Janssen Pharmaceuticals) is well-tolerated, safe, and efficacious in patients with generalized myasthenia gravis (gMG). The results presented at the 2021 American Academy of Neurology (AAN) Annual Meeting, April 17-22, showed that 51.9% of patients who received nipocalimab reported a durable Myasthenia Gravis Activities of Daily Living (MG-ADL) response compared to 15.4% of those who received placebo (P = .017).

Nipocalimab is a fully human, aglycosylated, effectorless immunoglobulin (IgG) anti-FcRn monoclonal antibody that targets the IgG binding site on FcRn with high affinity, thereby interfering with the binding of IgG. According to study author Jeffrey Guptill, MD, MS, MHS, there is optimism surrounding nipocalimab, with potential larger and more long-term studies anticipated in the future.

Guptill, an associate professor of neurology and neurologist at Duke University, sat down with NeurologyLive to discuss the results of the trial, the current landscape for gMG treatments, and the advantages nipocalimab brings with its unique mechanism of action. He also touched upon areas within the patient population that need further addressing and why treating these patients can be a challenge with the lack of literature comparing disease-modifying therapies.

NeurologyLive: Could you offer an overview of the study and the topline findings?

Jeffrey Guptil, MD: It was a phase 2 clinical trial that was conducted in multiple countries and involved randomizing patients with generalized MG to 1 of 5 treatment arms. There’s a placebo arm and then 4 treatment arms with the active drug, nipocalimab. After screening, patients were randomized to receive their dose and then they were followed for 8 weeks after dosing to see how they did.

The top findings from this study were that the drug was well-tolerated and safe. There were no adverse events that resulted in discontinuation of the treatment and no serious adverse events. Additionally, no dose-dependent increases in adverse events were observed. One of the secondary aims was on pharmacodynamics and seeing the effect that the drug had on IgG levels, which is related to the mechanism of action of the drug. In that case, the drug was able to significantly reduce levels of IgG as well as pathogenic autoantibodies rapidly after dosing. This was sustained in the patients who received multiple doses of the drug.

Finally, the study also looked at the efficacy of nipocalimab, which was assessed on the Myasthenia Gravis Activities of Daily Living score. That showed that patients who received the active treatment, had greater reductions in their ADL score compared to those who received placebo.

What about nipocalimab’s mechanism of action differs from other MG treatments, and are there advantages to it?

Currently for myasthenia gravis, the standard of care throughout most of the world is to use symptomatic treatments, such as pyridostigmine. Other options include immunosuppressive drugs—oral drugs, typically—that cause more widespread suppression of the immune system. The most commonly used drugs are prednisone, azathioprine, and mycophenolate.

The potential advantage for nipocalimab and other similar drugs within this class is that it’s quite targeted. It’s directed against pathogenic antibodies that attack the muscle in the disease. By removing those pathogenic autoantibodies, hopefully this will provide a targeted treatment effect with a good safety profile. It’s interesting to note that this drug has a mechanism of action that’s quite similar to therapeutic plasma exchange, which is a treatment we commonly used for MG. It has a similar effect in that it lowers IgG, as well as removing other factors. One way to think about these FcRn antagonists is that they are a more selective plasma or plasma exchange product.

What else would you like to observe in the study of this drug?

I think we’re all eager to see more data, particularly on the efficacy of the drug as well as safety, too. The trial that we reported at the meeting was pretty small in terms of number of patients in each treatment arm. Based on the data that was generated, we need to do another study to look at a more streamlined dosing regimen while incorporating data from a larger number of subjects to further see the efficacy we hope to see over a longer-term period of time. Hopefully, we will also confirm that it is a pretty safe drug to this point.

What does the treatment landscape look like for myasthenia gravis and which areas are most pertinent to address?

One of the main areas we haven’t been able to make a dent in is having good ways to predict or select medications that will help patients. We kind of do it blindly right now and make those decisions in large part based on the patient’s comorbidities, what other medical problems they have, how sick they are, and how fast we want to see a response. It would be very helpful if we had biological markers that we can use to select therapies that are more likely to benefit certain populations, or to, not treat patients with medications that are unlikely to be helpful to them.

To date, a lot of the medications that we use take a while to work. If we select something that doesn’t work for an individual patient, we’ve often lost a lot of time in trying to make them better. Another area that I think is of interest, and we’re seeing this throughout the developments and in the pharmaceutical industry, is just having more options available to patients. Not only just more options, but better options as well. Ones that have been rigorously studied to show that they are indeed effective and safe. Most of the treatments that we use now that we think work, don’t have high levels of evidence to support them.

How would you describe the literature to this point regarding the comparison of MG DMTs?

Up until the mid 2000s-2010s, there wasn’t very much interest from the pharmaceutical industry in myasthenia gravis trials. We didn’t have a lot of data and so it started with eculizumab as a new treatment for MG which set off the space for the next 8 to 10 years. Before that, all the treatments that were available were primarily prescribed as off-label and were off patents. There wasn’t a lot of interest in doing rigorously controlled trials to prove their use. Of the trials that were conducted, we’ve learned a lot about their design and how to make them better to be able to demonstrate the differences between groups.

To close, I just want to thank all the patients who participated in the study because without them, we wouldn’t have been able to have the results to share at this meeting. I’d also like to thank the investigators who put a lot of time and effort to make it happen. We’re excited for the future and hopefully we’ll have more data to share in the coming future.