The findings identified Th2-related cytokines as characterizing for the prognosis of acute episodes of NMOSD at 1 month and found serum NfL to be a likely biomarker of disease severity at attack. 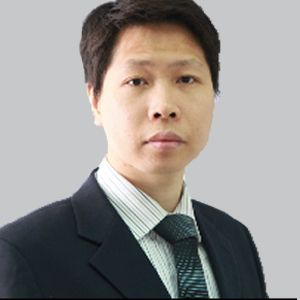 Senior author Wei Qiu, MD, professor of neurology, The Third Affiliated Hospital of Sun Yat-Sen University, and colleagues aimed to explore the outcomes of NMOSD attacks and investigate serum biomarkers for prognosis and severity. A cohort of 100 patients diagnosed with an acute attack of NMOSD was enrolled from January 2019 to December 2020. Neurologic function, including visual acuity and disability assessments, were performed at attack, at time of discharge, and at the 1-, 3-, and 6-month follow-up visits.

Similar remission rates were observed across the 4 submanifestations (optic neuritis [ON], myelitis [MY], ON+MY, and others) represented in the study. Notably, remission rates were significantly lower for isolated ON than for isolated MY at the 1-month visit (36.8% vs 66.7%; P = .027). Regardless of clinical manifestation, no significant difference was observed among the 4 treatment options for NMOSD attacks. Investigators noted however that this finding was likely due to the small number of cases in some subgroups.

The concentrations of 19 cytokines and chemokines were divided into 4 categories (IL-4, IL-10, IL-13, and IL-1 receptor antagonists) and synthesized as 1 principal component 1 (PC1), while the other 15 cytokines were grouped into 3 other rotated components (RCs) named RC1, RC2, and RC3. Using a multivariate logistic regression model, results showed that PC1 was an independent factor for remission at 1 month (OR, 9.33 [95% CI, 1.60-147.14]; P = .04). Qiu et al wrote that, “an attack tends to be relieved at the 1-month visit when the PC1 value increases, and the contribution coefficient of PC1 to the outcome is 2.23.”

Among 21 patients with NMOSD who did not receive therapy for their attacks, the serum neurofilament light (sNfL) chain levels were 31.1 pg/ml (range, 24.4-60.9). When assessing the association between sNfL levels and disease severity, investigators found that levels in the acute phase were positively correlated with EDSS scores at attack (R2 = 0.487; P <.001), signifying that patients who experience more severe attacks are prone to have higher levels of sNfL at the onset stage. Despite this, there was no difference in sNfL levels between the groups divided by therapeutic responses at discharge or at the 1-month follow-up. Additionally, no difference was observed in recurrence or not of therapeutic responses during the next 6 months of follow-up as well.

"In our trial, sNfL levels were positively associated with EDSS scores but irrelevant to the degree of recovery from NMOSD relapses. In addition, we demonstrated that sNfL levels could not predict subsequent relapses within 6 months in patients with NMOSD," Qiu et al wrote, adding that, previously, it has been reported that—in line with their data—sNfL increased in parallel fashion with EDSS scores and age, remaining higher for a longer time after relapse in patients with NMOSD.

"Furthermore, our team also investigated sNfL level of Chinese NMOSD patients with single molecule array (SIMOA) method, a more sensitive assay, and the level of sNfL was lower [medium 7.97 (range 10.55–27.94) pg/mL] than that in this study," they wrote. "The deviation might attribute to the difference between these 2 cohorts. Taken together, sNfL could be a biomarker of disease activity and disability but might not influence the course of an NMOSD attack."