The HINE-2 motor milestone total score in those treated with nusinersen increased steadily from a baseline mean of 1.46 to 11.86 at day 1135, representing a clinically significant change of 10.43 points. 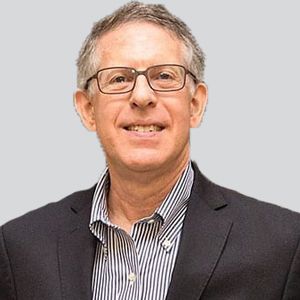 Lead author Richard Finkel, MD, director, Center for Experimental Neurotherapeutics, St. Jude Children’s Research Hospital, and colleagues evaluated the safety and efficacy of nusinersen treatment in 20 symptomatic participants with infantile SMA aged between 3 weeks and 6 months with 2 or 3 SMN2 gene copies between May 3, 2013, and July 9, 2014.

Infants in cohort 1 received multiple intrathecal loading doses of 6-mg equivalent nusinersen while those in cohort 2 received 12-mg dose equivalent. Each cohort then was followed up by maintenance doses of 12-mg equivalent nusinersen. All participants who successfully completed the loading dose period and day 92 assessment were evaluated on Hammersmith Infant Neurological Examination section 2 (HINE-2), or the primary end point, at the last study visit.

In December 2016, nusinersen became the first FDA-approved treatment for children and adults with SMA.2 The approved recommended dosage of the injection is 12 mg per intrathecal administration. Since its approval, the drug has had a multitude of studies conducted to further confirm its efficacy and safety in this patient population.

Datasets from those who transitioned from the CHERISH study (NCT02292537) to the open-label SHINE extension study (NCT02594124) presented at the American Academy of Neurology 2020 Annual Meeting, also showed that the treatment has sustained efficacy and long-term safety in patients with infantile-onset SMA, as well as later-onset SMA. In that analysis, the Hammersmith Functional Motor Scale-Expanded (HFMSE) score at the modified maintenance dosing regimen Day 1 for patients with later-onset SMA was 26 (SD, 11.01) for those who received nusinersen in CHERISH/SHINE and 21.2 (SD, 7.75) for those randomized to sham-procedure in CHERISH and then nusinersen in SHINE.

Biogen is also currently conducting a phase 4 study which will evaluate nusinersen in infants and children with SMA who still have unmet needs following treatment with gene therapy onsemnogene abeparvovec (Zolgensma; Novartis).4 Dubbed RESPOND (NCT0448813), the study will include 60 patients aged up to 3 years old and will use change in HINE-2 scores as the primary end point. Researchers will seek to understand if the proven efficacy of nusinersen and its mechanism of action, which leads to continuous production of survival motor neuron (SMN) protein, may also benefit patients who have been insufficiently treated with gene therapy.