A score based on these variables was found to show good discrimination and calibration in predicting early neurological deterioration of ischemic origin, or ENDi. 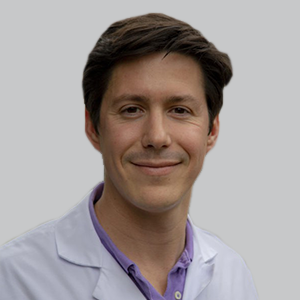 Data from a recent study suggest that an easily accessible score based on occlusion site and thrombus length can reliably predict early neurological deterioration of ischemic origin (ENDi) in patients with minor stroke and large vessel occlusion (LVO).

“Two independent predictors of ENDi emerged from the present study. The first was more proximal occlusion site, in line with... earlier studies in patients with minor stroke not treated with intravenous thrombolysis (IVT) and patients with nonminor stroke treated with IVT. The second independent predictor of ENDi was thrombus length, such that the longer the thrombus, the higher the odds of ENDi,” first author Pierre Seners, MD, PhD, neurology department, GHU Paris psychiatrie et neurosciences, Institut de Psychiatrie et Neurosciences de Paris, Université de Paris, and colleagues wrote. “To our knowledge, this is the first study to report such an association.”

Through multivariate analysis, researchers determined that a more proximal occlusion site and a longer thrombus were independently associated with ENDi. They derived a 4-point score from these variables, assigning 1 point for thrombus length and 3 points for occlusion site. The C statistic of the score was 0.76 (95% CI, 0.70-0.82) and the ENDi score showed good discrimination (C statistic = 0.78; 95% CI, 0.70-0.86) and calibration (Hosmer-Lemeshow test P = .78) in predicting ENDi in the external validation cohort.

“Our study documents a substantial rate of ENDi in patients with minor stroke and LVO treated with IVT, fueling the current debate on whether bridging therapy should be carried out in this population. Second, we demonstrate that the odds of post-IVT ENDi are strongly determined by occlusion site and thrombus length. Lastly, the straightforward score derived from these associations and successfully validated in an independent cohort affords good discriminative power for ENDi prediction, which may eventually help clinicians for decision-making,” Seners and colleagues concluded.