Although infusion-related reactions were among the most frequently reported AEs, most patients did not experience them, and the majority of those who did reported mild to moderate reactions. 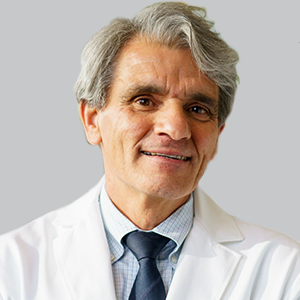 Pooled real-world data from more than 5000 patients with multiple sclerosis (PwMS) treated with ocrelizumab (Ocrevus; Genentech) showed that the therapy was associated with a favorable and manageable safety profile, without any emerging safety concerns over a 7-year follow-up.

Ocrelizumab, an FDA-approved treatment for patients with relapsing (RMS) or primary progressive forms of MS (PPMS), had its safety data pulled from 11 clinical trials, including the controlled treatment and open-label extension periods of the phase 2 and 3 trials as of January 2020. Lead author Stephen L. Hauser, MD, professor of neurology, and director, UCSF Weill Institute for Neurosciences, and colleagues looked at outcomes including adverse events (AEs), serious AEs (SAEs), and AEs leading to treatment discontinuation.

The investigators concluded that these findings provide Class III evidence that long-term, continuous treatment with ocrelizumab is safe among patients with RMS and PPMS. “No new safety concerns have emerged in a heterogeneous MS population (in more recent clinical trials and real-world settings) that includes early treatment-naïve patients with relapsing-remitting multiple sclerosis, patients with RMS previously treated with other DMTs, and patients with active secondary progressive multiple sclerosis or PPMS who are older, more disabled, and have a longer DMT history and higher number of comorbidities,” Hauser et al wrote.

Among the cohort, 3.19% (n = 181) of patients discontinued ocrelizumab treatment due to an AE over the 7-year stretch, compared to 3.35% and 6.17% of those in the placebo and interferon ß-1a (IFN ß-1a) groups, respectively, over a period of up to 3 years during the CTP. Malignancies (n = 40; mandatory discontinuation), infusion-related reactions (IRRS; n = 33) mostly occurring at the first infusion, and infections (n = 27; majority nonserious) were the most common AEs leading to discontinuation among all ocrelizumab-exposed populations.

A total of 26 fatalities were recorded among patients treated with ocrelizumab, corresponding to a rate of 0.14 per 100 PY (95% CI, 0.09-0.21) which was consistent with the rate observed at the end of the CTP as well as similar to rates observed for comparators. Although IRRs were among the most common AE reported in the CTPs of the phase 3 trials, the rates of IRRs in the all-exposed population decreased with subsequent infusions.

Minimal immunogenicity was observed over a period of 6.5 years, with a total of 24 patients testing positive for treatment-emergent antidrug antibodies. "Long-term follow-up and postmarking studies will continue to monitor the safety of long-term treatment with [ocrelizumab] in increasing numbers of patients," the study authors concluded.

Since its approval in 2017, the available data on ocrelizumab treatment has continued to grow, with much additional insight being gleaned from subanalyses and secondary evaluations of its clinical trials. Robert Zivadinov, MD, PhD, professor of neurology, and director, Buffalo Neuroimaging Analysis Center, recently sat down with NeurologyLive to discuss one such work examining data from the ORATORIO study and the effects of treatment to determine ocrelizumab’s efficacy between differing patient populations. Watch his commentary below.