The study authors noted that clinicians should consider the data when recommending endovascular treatment for older adults. 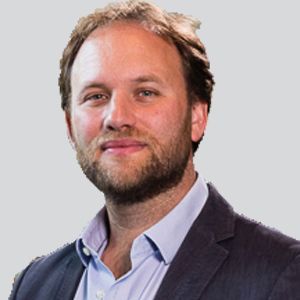 Data from the Multicenter Randomized Clinical Trial of Endovascular Treatment for Acute Ischemic Stroke in the Netherlands (MR CLEAN) registry revealed that older age is associated with an increased absolute risk of poor clinical outcome in patients with acute ischemic stroke (AIS) treated with endovascular thrombectomy (EVT), while the relative benefit of successful reperfusion seems to be high.

The trial included 1526 consecutive patients with an anterior circulation occlusion undergoing EVT from the MR CLEAN registry, with 380 (25%) of them considered older adults, aged 80 years or older. Results showed that worse functional outcome was more common in those patients than the younger patients (adjusted common odds ratio [acOR] for a modified Rankin Scale [mRS] score shift toward better outcome, 0.31; 95% CI, 0.24—0.39). At follow-up, 20% of older adults had a good functional outcome, defined as an mRS score 0–2 or maintaining an mRS score of 3, compared to 45.6% of patients <80 years old (P <.001).

The use of mRS was to describe patient functional outcome, with scores ranging from 0 (no symptoms), to 6 (death). The primary and secondary outcomes of the study were functional status at 90 days and good functional outcome both measured by mRS, respectively. Other secondary outcomes assessed included severe handicap (defined as mRS score 4—5), mortality at 90 days, symptomatic intracranial hemorrhage (sICH), successful reperfusion (defined as extended Thrombolysis in Cerebral Infarction [eTICI] scores of 2b–3), and other complications that occurred within 90 days after onset of stroke.

There was no difference in mRS scores 4—5 at 90 days between the groups (<80 years: 18%; ≥80 years: 20.9%). “These data, together with the observed increased relative benefit of successful reperfusion in older adults and the fact that almost 20% of older patients are independent at follow-up, should be taken into consideration in the selection of older adults for treatment with EVT,” Coutinho et al. concluded.

Coutinho and colleagues noted that, “at first glance, these results may seem counterintuitive. The increased relative benefit is most likely explained by a difference in absolute chance of good functional outcome between old and young patients. Both age groups had a similar absolute risk difference for good functional outcome (≈20%), but because the overall absolute chance of good outcome is lower for older adults, the relative benefit is higher in these patients.”

Other subgroup analyses showed that older adults with mild stroke (National Institute of Health Stroke Scale [NIHSS] score 0—5) had no significant shift on the mRS scale compared to younger patients.