Despite not improving clinical end points, treatment with tofersen was associated with reduced in the total concentration of SOD1 protein and neurofilament light chain, a marker of axonal injury. 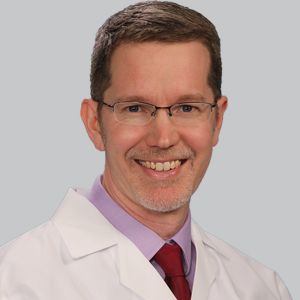 Months after having its new drug application (NDA) accepted by the FDA, Biogen has announced findings from its phase 3 VALOR study (NCT02623699), the combined analysis of VALOR and its open-label extension (OLE), evaluating tofersen (Biogen), an antisense agent in development for the treatment of SOD1 amyotrophic lateral sclerosis (ALS), in the New England Journal of Medicine.1,2 The agent was previously granted priority review with a PDUFA date of January 25, 2022.

All told, over the 28-week randomized component of VALOR, tofersen was associated with reductions in the total concentration of SOD1protein in cerebrospinal fluid (CSF), an indirect marker of target engagement, and the concentration of neurofilament light (NfL) chains in plasma. At 52 weeks in a prespecified combined analysis of VALOR and its OLE, participants who started tofersen at the beginning of VALOR, irrespectively of fast or slow progression, had a smaller numeric decline in the ALS Functional Rating-Revised (ALSFRS-R) score, percentage of predicted slow vital capacity (SVC), and handheld dynamometry megascore than those who started treatment in the open-label extension 28 weeks later.

"I see 3 key take home points from these data. First, tofersen clearly leads to lowering of SOD1 protein, as would be expected. Second there is substantial lowering of neurofilament levels, which I interpret as potentially slowing the underlying disease process. And third, there is a meaningful clinical benefit when looking at the later time points in the open label extension,” principal investigator Timothy Miller, MD, PhD, codirector, ALS Center, Washington University School of Medicine in St. Louis, said in a statement.1

In VALOR, 108 patients with SOD1-mutated ALS were randomized to tofersen 100 mg (n = 72) or placebo (n = 36) and treated for a 28-week treatment period. Of these participants, 95 (88%) enrolled in the ongoing OLE. The combined analysis at week 52 of VALOR and its OLE was prespecified and intended to enable the comparison of early-start and delayed-start tofersen in the full intention-to-treat population. Another analysis is planned when all participants have completed at least 3.5 years of follow-up, which has not yet been reached.

As originally reported, in VALOR, the change in ALSFRS-R total score—the primary end point—from baseline to week 28 was –6.98 points in the tofersen group and –8.14 points in the placebo group (difference, 1.2; 95% CI, –3.2 to 5.5; P = .97). Because statistical significance was not achieved for the primary end point, all subsequent differences between tofersen and placebo in the faster-progression subgroup were considered to be not significantly different, and no P values were included.

At the end of the 28-week treatment period, investigators identified a 29% reduction in SOD1 protein in the faster-progression subgroup as compared with an increase of 16% in the placebo group. In the slower-progressing subgroup, the total concentration of SOD1 protein in CSF was reduced by 40% in tofersen-treated patients vs reductions of 19% in those on placebo.

"The ALS community has been actively pursuing new medicines for decades. To have data like these published in NEJM gives us energy and hope. We are now seeing in the data what we suspected about tofersen for a long time—that it has the potential to make a clinical difference for people living with SOD1 ALS," coprincipal investigator Merit Cudcowicz, MD, cofounder, Northeast ALS Consortium, director, Healey & AMG Center for ALS, and Chair of Neurology, Massachusetts General Hospital, said in a statement.1 "The lowering of neurofilament, a marker of axonal injury and neurodegeneration along with the clinical data, highlights the potential of tofersen."

In the combined VALOR and OLE, 63 (88%) individuals were originally assigned to receive tofersen and 32 (89%) originally assigned to placebo. At the time of the most recent data cutoff (January 16, 2022), 49 participants (68%) in the early-start cohort and 18 (50%) in the delayed-start cohort remained in the OLE. In early-start participants, reductions in the total SOD1 concentration in CSF and the concentration of NfL chains in plasma were numerically sustained over time; delayed-start participants had similar reductions during the OLE. The adjusted mean change from VALOR baseline in concentration of NfL chains was 0.40 for the faster-progressing subgroup on tofersen vs 1.20 for those on placebo (geometric mean ratio, 0.33; 95% CI, 0.25-0.45). At 52 weeks, the change in ALSFRS-R score from the VALOR baseline was –6.0 points for early-start participants and –9.5 points for delayed-started participants (difference, 3.5 points; 95% CI, 0.4-6.7).

Adverse events (AEs), mostly mile to moderate in severity, included mainly procedural pain, headache, pain in the arms or legs, falls, and back pain. Four (6%) participants who received tofersen in VALOR and 3 participants in the open-label extension (constituting 7% of all participants who received tofersen) had a total of 8 neurologic series AEs, including myelitis, chemical or aseptic meningitis, lumbar radiculopathy, increased intracranial pressure, and papilledema. In VALOR, 42 (58%) participants in the tofersen group and 2 (6%) participants in the placebo group had at least 1 CSF white cell count of more than 10 cells/m3, and approximately 40% of the participants had elevated CSF protein concentrations at baseline. Between the groups, the median CSF protein concentration has increased by 110 mg/L for those on tofersen and 15 mg/L for the placebo group.