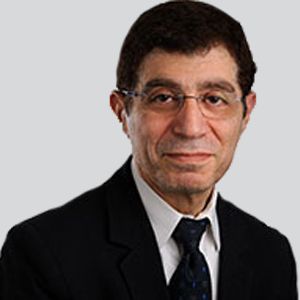 In August, FibroGen announced that the first patient was enrolled into its phase 3, randomized, double-blind, placebo-controlled LELANTOS trial (NCT04371666) of pamrevlumab in patients with non-ambulatory Duchenne muscular dystrophy (DMD). Pamrevlumab, a first-in-class antibody that inhibits the activity of connective tissue growth factor (CTGF), a common factor in fibrotic and proliferative disorders, will aim to become the next FDA-approved treatment for DMD if the trial is successful.

The study will feature approximately 90 patients randomized to receive pamrevlumab plus systemic corticosteroids, or placebo plus systemic corticosteroids, for up to 52 weeks. Patients will be evaluated on the change in the total score of performance of upper limb (PUL) assessment from baseline. Elias Kouchakji, MD, senior vice president, clinical development, drug safety, and pharmacovigilance at FibroGen, pointed to pamrevlumab’s unique formulation as what separates it from currently FDA-approved DMD treatments.

Kouchakji sat down with NeurologyLive to discuss the parameters of the LELANTOS study, including specific end points, and what has been shown in previous studies of the therapy. He also discusses pamrevlumab’s mechanism of action and what he feels are the most pressing unmet needs in DMD currently.

NeurologyLive: Can you discuss the parameters of the phase 3 LELANTOS study? What goals are you looking to accomplish?

Elias Kouchakji, MD: The answer to that question is multi-layered. We have completed the phase 2, open-label study of pamrevlumab. During that study, we were trying to identify the best end point that could be served in this population, specifically using an anti-fibrotic. One of the things that has been less understood in DMD is the fibrosis, which has garnered more attention recently, along with the role of myofibroblast, and the invasion of fibrosis that occurs in multiple organs, not just in muscles. We know that at the same time, they can lead to some scarring in the heart. Cardiac scarring has been well documented before. Based on our results, we identified that pamrevlumab can sustain or maintain muscle function much longer and slow down the progression of that muscle function loss. That is one of the major aims of the LELANTOS study in non-ambulatory patients. Maintaining muscle function is a very key component for these young men to be able to a maintain a better quality of life.

At the same time, we are looking into a multitude of secondary end points that is of interest not only to regulators, but to the patient at the same time. Forced vital capacity (FVC) is one of them. The idiopathic pulmonary fibrosis (IPF), or reduction of disease progression, has not been seen by any other currently used treatment. Similarly, we’ve seen a slowed progression of FVC in non-ambulatory DMD. The last important part that we look at the cardiomyopathy, specifically the cardiac scarring. We have seen that we are slowing or stopping the scarring from progressing and in some cases and we are even seeing a reduction in amount of scarring. That is an important part because one of the key mortality reasons in these patients is the cardiomyopathy. Although our primary end point is to assess muscle function by the PUL, we are looking at these other parameters that we think collectively as combined data have additional benefits. We are hoping that this combined data can indicate that the drug can slow the progression of the disease. One of the basis of this thought comes from the results from the phase 2 study, in which patients were treated for over 4 years. That is a prolonged time for DMD. We have seen that that is has slowed the progression of the disease among these patients. Even with the COVID-19 pandemic increasing the difficulty to get to a clinic and receive the infusion, patients were still dedicated to it.

Can you discuss the mechanism of pamrevlumab and what separates it as a first-in-class antibody that inhibits the activity of CTGF?

Let’s start with the connective tissue growth factors, or CTGF. In reality, it’s not a growth factor. It is a misnomer as its being called, just to be clear. CTGF is an extracellular matrix protein that interacts with TGF beta interleukin-13 integrin. We know that the result of these interactions leads to cellular responses. The main cellular responses are the myofibroblasts activation, the proliferation of the fibrosis, and the survival of the fibrosis in the motility and invasion. We’ve seen that this monoclonal antibody can block that CTGF from continuing to activate the myofibroblasts, reduce the motility and invasion, or the proliferation of the fibrosis. There are many diseases that fibrosis is well defined, including the IPF, interstitial lung diseases in general, DMD, invasive liver cirrhosis, and other cardiovascular diseases. Fibrosis does not stop there though. There are many solid tumors, seen in diseases such as pancreatic cancer for example, where the mass of the tumor is fibrotic and aisled within the fibrosis. Many other solid tumors have been seen in gastric or livor cancers. By blocking CTGF, we are reducing the invasion of the fibrosis, blocking the activation of myofibroblasts, and reducing the deposition in the remodeling of the fibrosis.

What do you feel are the greatest unmet treatment needs for patients with DMD currently?

In my opinion, the aim of these fatal diseases is to make them more chronic, and less fatal. Curing DMD is going to take much more elaborate work even after someone is given a gene therapy. Maintaining that independence and the capability to be able to perform with less dependency is the key aspect of additional treatment needed at this time. Replacing the dystrophin in some of this disease has improved little by little. Blocking the fibrosis will do the same things as well. This could all lead to an improvement of the independency of DMD populations, but we should not be waiting for them to become non-ambulatory. That would be the wrong message. I’ve been asked many times why FibroGen will start with non-ambulatory patients and there’s a multitude of reasons why.

One of them is that this population is the least addressed in any of the clinical trials, even when collecting data on the disease history. When we try to understand more of the disease history, we find that a lot of these studies are so small that they are not even bigger than our phase 2 study. That by itself gives us an aspect at them. We thought about the pulmonary function once we saw the result of the IPF. We noted that we can be able to help these patients, their lung functions and their breathing, as well as improve the capabilities in reducing down need for oxygen support. That to me is step 1. Now, what does this patient need? This is what we need to start concentrating on when thinking about how we can modify this disease from a failed disease into a chronic one. We as researchers, did this successfully with HIV. At the beginning, HIV was extremely fatal. We made it chronic. There are millions living with HIV, but they will die with HIV, not from HIV. Similarly, I look forward for the patient to live with DMD, but not die from it. That will be the greatest accomplishment.