To build off the data, Cerevance plans on initiating additional phase 2/3 studies evaluating CVN424, including a trial assessing its potential as a standalone treatment. 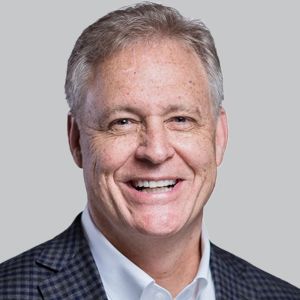 The company also announced it plans on pursuing phase 2/3 clinical studies further assessing the drug with intentions of seeking regulatory approval as an adjunctive therapy. Additionally, it will evaluate CVN424 as a standalone treatment for recently diagnosed patients who have not yet received levodopa.

"We are delighted to report these results which we believe demonstrate that CVN424 can provide a significant improvement for patients, with little exacerbation of dopaminergic side effects," said Brad Margus, chief executive officer, Cerevance.1 "We look forward to rapidly advancing CVN424 into several larger clinical studies aimed at obtaining regulatory approval."

The phase 2, double-blind, multicenter, placebo-controlled trial included 135 patients with PD with motor fluctuations who were randomized to receive once-daily doses of low-dose CVN424, high-dose CVN424 or placebo for 4 weeks. Coming into the study, these patients were on a stable dosage of levodopa and other PD medications but had at least 2 hours or more of average daily OFF time.

In the low-dose arm, initiation of treatment occurred on day 1, will continued low-dose each day, while the high-dose arm increased their daily dosage to the high-dose CVN424 beginning on day 8 and continued thereafter. CVN424 acts as a potent modulator of a novel target that is selectively expressed in the striatal neurons of the dopamine D2 receptor dependent pathway.

At the conclusion of the study, the therapeutic showed an encouraging adverse effect profile. Nausea, vomiting, and headache, each occurring in 4% of individuals in the high-dose group, were the most common adverse reactions reported. All other adverse reactions occurred in 1 or no participants.

"CVN424’s positive results demonstrate the power of the deep, cell-type-specific transcriptional and epigenetic data we are generating by applying our NETSseq platform technology to thousands of postmortem human brain tissue samples," Mark Carlton, PhD, chief scientific officer, Cerevence, said in a statement.1 "These data also increase the confidence we have in our pipeline of additional programs against novel targets identified by our approach."

In addition to improvements in OFF time, the high-dose group showed an increase in ON time without troublesome dyskinesia and continued to show improved efficacy as the study went along. At 4 weeks vs at 2 weeks, daytime sleepiness as measured by the Epworth Sleepiness Scale, was reduced compared with placebo. The low-dose group also showed meaningful improvements in OFF time and ON time without troublesome dyskinesia compared to those on placebo.

"For more than 50 years, physicians have relied on therapeutics that work by directly increasing dopaminergic signaling," said Karl Kieburtz, MD, president, Clintrex, said in a statement.1 "This new mechanism holds great promise for treating the motor fluctuations eventually experienced by all Parkinson disease patients, as well as potential for treating patients in the earlier stages of the disease."

In early 2019, the company announced that CVN424 had met its primary end point in a phase 1 study in healthy volunteers. No serious or severe adverse events (AEs) or clinically significant changes in vital signs, ECG, or laboratory values were observed among 64 individuals who received either single doses or 7 daily doses of the agent, ranging from 1 mg to 225 mg. Additionally, the medication’s oral administration led for rapid absorption, as well as a half-life that supported once-daily dosing.3