The trial design was presented at the 2021 ENCALS meeting and is set to run for 48 weeks at more than 50 clinical centers. 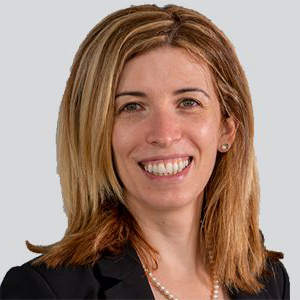 Amylyx Pharmaceuticals has presented the trial design of its phase 3 study, A35-004 PHOENIX, of AMX0035 for the treatment of amyotrophic lateral sclerosis at the European Network to Cure ALS (ENCALS) Meeting 2021, May 12-14.1

“We are pleased to present the Phase 3 trial design at this year’s ENCALS meeting,” said Leonard H. van den Berg, MD, PhD, professor, neurology, UMC Utrecht in the Netherlands and chairman, Treatment Research Initiative to Cure ALS (TRICALS), in a statement. “Based on data from CENTAUR (NCT03127514), we believe that AMX0035 may have the potential to provide much-needed hope to people living with ALS. We are excited to evaluate AMX0035 in patients throughout Europe and the US through PHOENIX and look forward to initiating the trial in the coming months.”

The PHOENIX trial will be a 48-week, randomized, placebo-controlled phase 3 trial whose primary efficacy outcomes will be ALS Functional Rating Scale–Revised (ALSFRS-R) over 48 weeks and survival. It will also assess secondary efficacy outcomes such as change in slow vital capacity (SVC) measured both at home with a self-administered spirometer to support virtual data collection and at clinic sites, serial assessments of patient-reported outcomes, ventilation-free survival rates, and others.

“The PHOENIX trial builds on the success of the CENTAUR trial, which was designed and conducted at US sites of Northeast ALS Consortium (NEALS), a network of 140 trial-ready research centers primarily based in North America,” principal investigator of the CENTAUR study, Sabrina Paganoni, MD, PhD, investigator, Healey & AMG Center for ALS, Mass General and member, Executive Committee of NEALS, added to the statement. “I strongly believe in global collaboration and PHOENIX will be the first trial to include a global partnership between TRICALS and NEALS. The study design of PHOENIX is a true testament to this collaboration, and we look forward to advancing this research and what it might mean for those living with ALS.”

The trial will be conducted at approximately 55 TRICALS and NEALS sites across Europe and the US. It plans to enroll around 600 participants with definite or clinically probable ALS within 24 months of symptom onset, an expansion from CENTAUR inclusion criteria. AMX0035 will be made available to all participants who complete the study.

“It is our hope that findings from PHOENIX will build upon compelling results from CENTAUR,” said Joshua Cohen, co-chief executive officer (CEO), chairman and co-founder, Amylyx, in the statement. “We look forward to continued collaboration with study investigators in Europe and the U.S., advocacy groups, and the ALS community as we seek to advance AMX0035 through the clinical development and regulatory review process.”

Justin Klee, co-CEO and co-founder, Amylyx added, “For people living with ALS, every moment matters, and we will continue working with regulatory agencies to ensure we meet requirements in the most expeditious way possible.”

During the CENTAUR trial, participants were randomized 2:1 to AMX0035 (3-g PB and 1-g TURSO per sachet) or matching placebo, administered twice daily by mouth or feeding tube for a planned duration of 24 weeks. Additionally, patients eligible for the open-label extension (OLE) were given the option to enroll in an OLE (NCT03488524) and receive the active drug for up to 132 weeks. In total, 92% of the study population enrolled.