When controlling for insulin and body mass index, the association between physical activity and cerebral glucose metabolism remained unchanged, while the association with gray matter volume was lost. 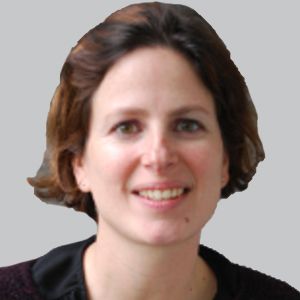 Although the results suggest associations between physical activity and global GM are mediated by changes in insulin and BMI, the study investigators concluded that "older adults practicing physical activity have cardiovascular benefits, through the maintenance of lower insulin and BMI, which in turn promote greater structural brain integrity. In contrast, the association with global and precuneus cerebral glucose metabolism seems to be independent from cardiovascular risk factors."

A total of 134 cognitive unimpaired older adults, at least 65 years of age, were recruited from the general population from November 2016 until March 2018. Each participant underwent structural MRI, along with a physical activity questionnaire, blood sampling, and a clinical exam including information on cardiovascular risk factors, within a 3-month period. Cardiovascular risk factors measures included insulin, cholesterol (total and high-density lipoprotein [HDL]), systolic blood pressure (SBP), BMI, and smoking habits.

READ MORE: Fremanezumab Shows Benefit for Migraine With Prior Inadequate Response to OnabotulinumtoxinA Paired With Topiramate or Valproic Acid

A secondary analysis investigated whether the effect of physical activity, cardiovascular risk factors and the mediations were present in regions specifically involved in Alzheimer disease (AD). Analyses replicated in AD-sensitive regions of interest showed that higher physical activity was correlated to higher hippocampal volume and glucose metabolism in the precuneus, but not to glucose metabolism.

There were limitations to the study, including the fact that physical activity was assessed using a subjective, self-reported questionnaire; however, this approach has been used extensively in the literature, according to study investigators. In addition, as participants were cognitive unimpaired, it seems unlikely that major recollection issue affected the questionnaire. Third, the cross-sectional nature of the design prevented the investigators from inferring causal relationship regarding the association of physical activity with GM volume and cerebral glucose metabolism.