The findings suggest that plasma exchange has the potential to offer patients with Alzheimer disease a new modality of treatment, though additional studies are needed to further investigate the current areas of uncertainty. 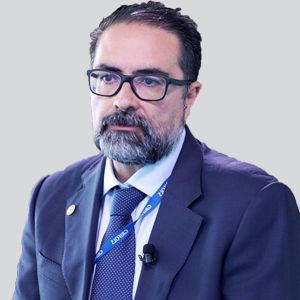 Results of Grifol’s Alzheimer Management by Albumin Replacement (AMBAR) study (NCT01561053) demonstrated a delay in the cognitive and functional decline in those with mild or moderate stages of Alzheimer disease (AD) when their plasma is replaced with albumin and immunoglobin following the process of plasma extraction.1,2

Published in Alzheimer’s & Dementia, the results revealed a positive impact in reducing the progression of AD symptoms in patients treated over a 14-month period compared to untreated patients. Eduardo Herrero, president, Bioscience division industrial group, Grifols, said in a statement that “this publication leads the way on the future development of plasma protein replacement therapies.”

Study author Antonio Páez, MD, medical director, AMBAR clinical program, Grifols, called the findings “very encouraging,” adding that “their publication in one of the most influential journals in the field underscores the relevance of Grifols' research over the last 15 years and its innovative new approach in the fight against Alzheimer's."

In total, 347 patients were randomized 1:1:1:1 into 3 PE treatment arms with different doses of albumin and IVIG, as well as placebo group that underwent a simulated PE treatment through noninvasive procedure that mimicked PE without any actual fluid replacement. Patients would undergo 6 weeks of treatment with weekly sessions of conventional therapeutic PE (TPE) followed by a second 12-month period with monthly sessions of low volume PE.

Patients with moderate AD (baseline Mini-Mental State Examination [MMSE] 18—21) scored better on ADCS-ADL (P = .002) and ADAS-Cog (P = .05), with a 61% less decline on both measures. Notably, patients with mild AD did not see the same changes as those with moderate AD.

A total of 4709 PE procedures were performed, of which 1223 were placebo PE and 3486 were treatment PE. Overall, 90% of those procedures were uneventful and the remaining 10.6% were associated with at least 1 adverse event (AE). Furthermore, there were AEs associated with 20.1% of PE procedures with central access compared to 13.1% with peripheral access. Study product related AEs were observed in 0.3% and 1.4% who were treated with albumin and IVIG, respectively.

This research originally started with a preliminary pilot study in 2005 and a phase 2 trial (NCT0074217) in 2007, which showed that the decline in memory and language abilities, and in brain perfusion, was attenuated in patients treated with PE with albumin replacement. The investigators then began the AMBAR study in 2011 to further evaluate the previously observed findings by testing PE with different replacement volumes of albumin, with or without IVIG to show a possible decrease in endogenous immunoglobulins.

“These findings have the potential to offer AD patients with overt dementia a new modality of treatment, although additional studies are needed to further investigate the current study areas of uncertainty,” Páez and colleagues concluded.