Frail people or those with lower cognitive reserve were the only variables that benefitted from higher doses, whereas APOE status and education had no significant interaction. 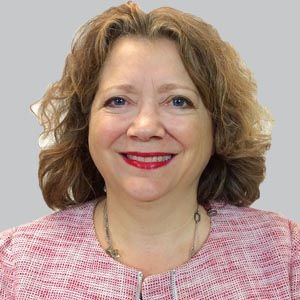 Data from the 3-year Multidomain Alzheimer Preventive Trial (MAPT) indicated that higher doses of nonpharmacological multidomain interventions does not equate to additional benefits for older adults at risk of dementia. The optimal dose for the intervention was found to be 12 to 14 hours of training, which was about half the dose potentially available to participants.

Led by Sylvie Belleville, PhD, professor of psychology, University of Montreal, the study evaluated a multidomain intervention with 43 sessions on cognition, physical activity, and nutrition. First, 12 sessions were provided during a 2-month intensive phase (2 sessions per week for the first month, and 1 per week for the second month), which were multidomain and included 60 minutes of cognitive training and 45 minutes of advice on physical activity and nutrition. Starting on the third month, participants had access to 31 monthly sessions lasting 90 minutes.

A total of 749 participants were randomized 1:1:1:1 to either multidomain intervention plus placebo, multidomain intervention plus polyunsaturated fatty acids, polyunsaturated fatty acids alone, or placebo alone. Dose was measured as the number of cognitive training sessions attended because only cognitive training included active interventions and not solely advice. Investigators also assessed the multidomain dose, which was defined as the number of total sessions attended (maximum, 43).

In the case of a significant interaction, dose models were assessed individually in the groups separated by the median for age (74 years) and Cardiovascular Risk Factors, Aging and Incidence of Dementia (CAIDE) score, sex, education levels, and presence of apolipoprotein E (APOE) ε4 status. At the conclusion of the analysis, a nonlinear dose-response function was observed when examining cognition as an outcome. The function indicated a rapid increase up to about 12 to 14 sessions or training, followed by a long plateau and a second very small increase around the 21st session/hour. The effect cumulated at 15 to 20 sessions when considering the multidomain dose, with a second very small increase around the 35th session.

"These findings have important implications for future studies and designing prevention approaches for the general public," Belleville and coauthors wrote. "In both cases, optimal dose corresponded to about half of the training provided. Hence, more is not necessarily better. It is important to note, however, that a second increase was observed at the end of the dose distribution. It could be argued that there is a low cost-benefit ratio of increasing the dose to this level because the benefit was small. However, the plateau may have been driven by factors such as individual characteristics, type of training, or limited follow-up."

The effect of dosage was best described on verbal fluency, with an optimal dose of 14 sessions followed by a plateau between 14 and 21 sessions, and 20 sessions and a plateau until session 35 when considering multidomain doses. For verbal fluency, there were significant interactions between dose and sex, education, and CAIDE score.