A recent study identified 3 novel loci that are associated with Parkinson disease progression to dementia: RIMS2, TMEM108, and WWOX. 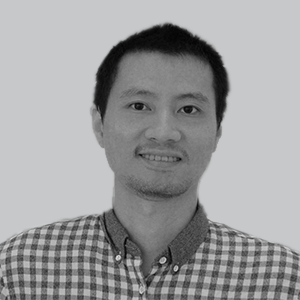 A recent study has developed a polygenic hazard score for predicting progression of Parkinson disease (PD) over time to dementia (PDD).1

"The patients who come to see me in the clinic are concerned about their future, rather than their past risk factors," said senior author Clemens Scherzer, MD, director, Center for Advanced Parkinson Research, and director, Brigham Precision Neurology Program, Brigham and Women’s Hospital, in a statement.2 "They want to know how they will be doing in the future and need medications designed to stop the disease from rapidly progressing.”

He continued, saying, “this is the central question in our study: Which genes determine whether a patient will have an aggressive or benign course, and which variants influence who will develop dementia?"

A generalized linear mixed model meta-analysis of serial Mini Mental State Exam (MMSE) scores confirmed that patients carrying the lead RIMS2 variant declined more rapidly over time compared to patients who were non-carriers (P = .0014) after adjusting for fixed covariates of age, sex, disease duration upon enrollment, years of education, 10 principal components, and random effects. RIMS2 was not found to be associated with motor progression in the study. Similarly, patients with the WWOX variant (P = .009) or APOE4 allele (β = −0.078; P = .0003) had a more rapid decline in MMSE scores than non-carriers.

None of the 90 loci that made up the PRS were significantly associated with PDD or motor progression as measured by transition to Hoehn and Yahr stage 3 or Movement Disorder Society–sponsored revision of the Unified Parkinson’s Disease Rating Scale part 3 subscore. Overall, these data suggest that genetic variants and scores linked to susceptibility to PD are not significantly associated with cognitive progression.

The most robust PHS took into account GBA and APOE alleles in addition to the 3 novel loci (AUC, 0.623; 95% CI, 0.576-0.670). It was significantly more accurate in estimating whether a patient will develop PDD within 10 years from disease onset than chance alone (P = 2.68 × 10−22) or compared to the PRS (P = .0009). Cox-adjusted survival curves also showed that 89.6% of patients with a low (0) PHS had no PDD at 10 years after PD onset, while 73.3% of patients in the highest quartile of the PHS remained free of PDD for 10 years after onset of PD. The researchers confirmed the predicted power of the PHS in 3 independent cohorts, EPIPARK, De Novo Parkinson Cohort, and HBS2.

"This is a different way to think about the disease and drug development," said Scherzer. "Disease-modifying drugs that target the genetic drivers of disease progression should be prime targets for turning fast progressors into slow progressors and improve patients' lives."