Poorer Sleep Quality Observed for Adults and Children With Migraine

Children and adults with migraine displayed significantly less REM sleep as a percentage of total sleep time than healthy individuals. 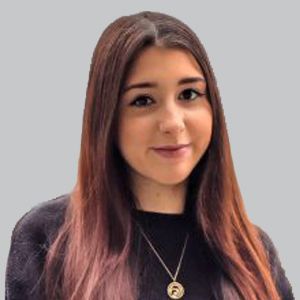 A recently conducted meta-analysis of trials that evaluate both migraine and sleep found that individuals with migraine, particularly those with chronic migraine, reported worse subjective sleep quality than healthy individuals. Investigators concluded that the findings highlight the importance of assessing and treating sleep as an integrated part of migraine treatment.

Led by Emily C. Stanyer, PhD student, King’s College London, the review included 32 eligible studies across 5 databases, of which 21 measured Pittsburgh Sleep Quality Index (PSQI) and Migraine Disability Assessment Test (MIDAS) scores in adults, and 6 measured polysomnography (PSG) in adults and 5 in children. The relationship between sleep quality and migraine-related disability was investigated by combining correlational data between PSQI and MIDAS scores. Pregnant participants and those with other headache disorders were excluded from the analysis.

"The interplay between migraine and sleep is likely to be complex and remains poorly understood. However, this meta-analysis emphasizes the importance of assessing and treating sleep as an integrated part of migraine treatment," Stanyer et al wrote. "Whilst offering significant insight into sleep in migraine, this study highlights the limitations of drawing conclusions from a small number of case-controlled PSG studies, given the significant confounds and heterogeneity involved."

As for PSG-derived sleep studies, there was a significant small effect size for percentage rapid eye movement (REM) sleep (g = ­–0.22; P = .017) among adults, indicating that this patient population had less REM sleep than controls. There were no significant effect sizes for the other parameters, including wake percentage, sleep efficiency, sleep onset latency (SOL), and total sleep time (TST).

Stanyer and colleagues wrote, "the relevance of REM sleep and its modulation for migraine and treatment is emphasized by this meta-analysis. The relationship is likely to be complex and related to sleep homeostasis, rather than related to any absolute proportions of REM sleep, a notion supported by the REM suppressing effects of the best-known migraine preventive, amitriptyline."

Despite observing the effects sleep may have in these patient populations, investigators found a small nonsignificant effect size for the correlation between MIDAS scores and PSQI scores (z = 0.32; P = .060), suggesting no relationship between sleep quality and migraine disability. Notably, there was a negative moderating effect of whether sleep disorders were excluded or not (QM= 7.40; P = .007; ß = –0.81), suggesting a smaller effect size of PSQI score difference when sleep disorders were excluded.

The investigators did note several limitations to the study, including the fact that studies did not record whether patients napped before PSG assessment, which is done in some cases to relieve symptoms and may lead to less REM during nocturnal sleep. Additionally, most studies did not report on whether patients suffered from co-morbid mental illness, which could impact sleep cycle.