PIRA was associated with, for most patients, a sustained accumulation of disability, which was strongly associated with unfavorable long-term outcomes. 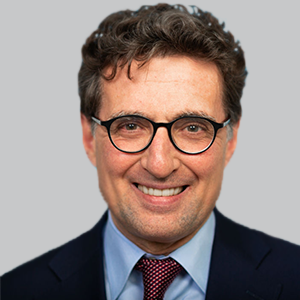 Recently published findings from a cohort of patients with a first demyelinating attack from multiple sclerosis (MS) showed that the presence of progression independent of relapse activity (PIRA) after the event was not uncommon, and could lead to unfavorable long-term prognosis, especially if it occurs early in the disease course.

Conducted from January 1994 to July 2021, the study included 1128 patients with MS recruited from 1 study center in Spain, of which 277 (25%) developed 1 or more PIRA events at a median follow-up time of 7.2 (IQR, 4.6-12.4) years. Eligible patients were younger than 50 years and had at least 3 EDSS assessments. PIRA events were defined as experiencing confirmed disability accumulation (CDA) in the EDSS scale at 6 months during a period free of relapses (PFRs).

Any other episodes of CDA that did not quality for PIRA were considered to be relapse-associated worsening (RAW) events. Patients with PIRA were classified into early or late PIRA groups, depending on whether the first PIRA event occurred within the first 5 years since the first attack, and further classified into active or nonactive PIRA, depending on the presence or absence, respectively of new T2 lesions observed in the 2 years before developing PIRA. In total, 31% (86 of 277) of all PIRA patients developed PIRA early, and 51% (73 of 144) developed active PIRA.

Of those who had PIRA, slightly more than half (52%) had a recent pre-PIRA MRI done within the 2 years before PIRA. At baseline, patients with PIRA had more T2 lesions in the brain and were more likely to have cerebrospinal fluid (CSF) oligoclonal bands (OB) than those without PIRA. Additionally, patients with early PIRA were older (mean age, 34.8 years vs 32.1 years) and had more spinal cord lesions (≥4 lesions: 8.8% vs 7.2%) than those with late PIRA. Those with active PIRA were younger (mean age, 31.1 years vs 35.2 years) and more likely to have CSF OBs (81.0% vs 58.3%) than those with nonactive PIRA.

"Our analyses revealed that one-third of all patients with PIRA had their first PIRA event within the first 5 years after symptom onset. These patients with early PIRA showed steeper EDSS increase rates and reached EDSS 6.0 much faster than those with late PIRA, even after adjusting for confounders,” Montalban et al wrote. “This suggests that the worse prognosis of early PIRA may be, at least partly, independent of the inflammatory burden and older age at the first attack. This also indicates that more research is needed not only to detect as soon as possible all who will develop PIRA but also to understand the mechanisms leading to PIRA and especially the association between age and early PIRA."