Over a median of 73.5 weeks of follow-up time, zero adjudicated relapses were observed for those with AQP4+ NMOSD on ravulizumab. 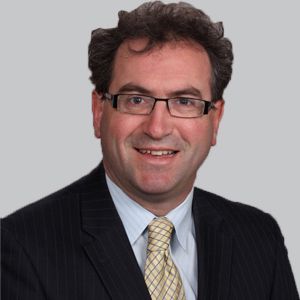 After initial findings were announced in May, new data from the phase 3 CHAMPION-NMOSD trial (NCT04201262) evaluating AstraZeneca’s ravulizumab-cwvz (Ultomiris) in patients with neuromyelitis optica spectrum disorder (NMOSD) was presented at the 38th Congress of the European Committee for Treatment and Research in Multiple Sclerosis (ECTRIMS), October 26-28, in Amsterdam, Netherlands.1,2

Ravulizumab, a long-acting C5 compliment inhibitor, was well-tolerated among patients with aquaporin-4 antibody-positive (AQP4+NMOSD) and significantly lowered the risk of relapse and Hauser Ambulation Index (HAI) worsening. Ravulizumab was originally FDA-approved in 2018 to treat adults with paroxysmal nocturnal hemoglobinuria and was later expanded to include children and adolescents in 2021. Weeks before the original results from CHAMPION-NMOSD were announced, the agent received FDA greenlight to treat generalized myasthenia gravis.

Led by Sean J. Pittock, MD, director, Center for Multiple Sclerosis and Autoimmune Neurology, Mayo Clinic, the analysis included 58 patients on a weight-based intravenous loading dose of ravulizumab (2400-3000 mg) on day 1, followed by weight-based maintenance doses (3000-3600 mg) on day 15 and once every 8 weeks thereafter. Ravulizumab binds to the same complement component 5 epitope as eculizumab (Soliris; Alexion), a previously approved therapy for NMOSD, and thus, for ethical reasons, investigators used individuals from the placebo arm (n = 47) of the PREVENT study (NCT01892345).

The primary end point of time to first adjudicated on-trial relapse was met in the ravulizumab arm, as zero relapses were observed over 84.01 patient-years (PY) of treatment. In comparison, there were 20 adjudicated relapses in the placebo arms over 46.93 PY of treatment, representing a 98.6% relapse risk reduction (RRR) with ravulizumab. At 48 weeks, 100% of the patients on ravulizumab were relapse free compared with 63% of those on placebo.

"NMOSD relapses are unpredictable and often cause permanent disability, including blindness, paralysis and even premature death. Our data build on the established role of complement inhibition in managing NMOSD and reinforce our commitment to patient-centered innovation,” Marc Dunoyer, chief executive officer, Alexion, said in a statement.3 "Results from the CHAMPION-NMOSD trial highlight the potential for ULTOMIRIS to substantially reduce the risk of relapse and ease treatment burden for the community."

Similar to what was reported in May, the safety profile of ravulizumab was consistent with previous studies. In the ravulizumab and placebo groups, 93.1% and 95.7% of patients, respectively, experienced at least 1 treatment-emergent adverse event (TEAE). Serious AEs were less frequent in the active drug group, with only 13.8% reported compared with 55.3% in the placebo arm. There were no deaths in the study, and 2 vaccinated patients in the ravulizumab group reported meningococcal infections; however, both recovered with no sequelae and 1 continued in the trial.