High rates of treatment use were observed across all types of spinal muscular atrophy, with nusinersen, the first approved disease-modifying treatment, as the most commonly used. 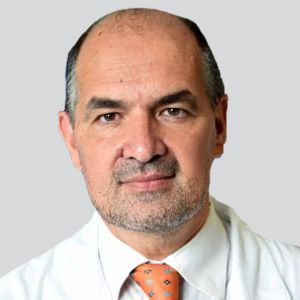 Recently published data in Neurology provided insight on the prevalence of spinal muscular atrophy (SMA) at a national level and the current distribution of patients treated with therapeutic options, which started to come into the space in 2016.1

The SMA treatment paradigm has shifted drastically in the past few years with the approval of 3 treatments: nusinersen (Spinraza; Biogen), onasemnogene abeparvovec (Zolgensma; Avexis), and risdiplam (Evrysdi; Genentech/Roche). Each of these therapies is different. Nusinersen, an antisense oligonucleotide, increases the amount of SMN protein from SMN2, and is approved for all types of SMA. Zolgensma, a gene replacement therapy, also increases SMN protein but from SMN1. It is currently FDA-approved for patients aged less than 2 years old and in type 1 for up to 3 SMN2 copies. Risdiplam, a small molecule agent, is similar to nusinersen in that it increases SMN protein from SMN2; however, it is approved for all SMA types and infants less than 2 months old.

Led by Eugenio Mercuri, MD, PhD, professor of pediatric neurology, Catholic University Rome, the analysis aimed to assess the prevalence of SMA and treatment prescription in Italy. Thus, an online survey was distributed to 36 referral centers with additional data subdivided according to age, type, SMN2 copy number, and treatment. Survey completion rate was 100%, and period prevalence was calculated as the proportions of patients affected by SMA in 1 year divided by the Italian population at 2021 (59,258,000 persons).

"The high number of patients currently treated with nusinersen largely reflects the fact that this was the first drug to be approved and the only available option for over three years,” Mercuri et al wrote.1 "At the time of the survey Risdiplam was only available for compassionate use and onasemnogene abeparvovec could only be prescribed to type I infants younger than two years and with a weight below 13.5 Kgs. The percentage of treated patients decreased with decreasing severity. Further follow up will allow to establish how these numbers will change with the recent commercial availability of Risdiplam."