In addition to the moderating role of age and sex, investigators found that high-sensitivity C-reactive protein moderated some associations between OSA risk and attention and episodic memory. 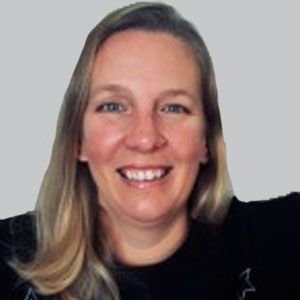 After analyzing data from more than 25,000 participants from the Canadian Longitudinal Study of Aging (CLSA) comprehensive cohort, investigators concluded that obstructive sleep apnea (OSA) is linked to poorer cognition in middle- and older-aged women. The study investigators hypothesized that systemic inflammation partly mediates the link to OSA and found no associations in men any age group.1

At adjusting for all 3 models, women aged 45-59 years at high risk for OSA had poorer performances on the RAVLT immediate and 5-min recalls, Animal Fluency test, Mental Alternation test, Stroop 2 and 3, and Stroop low and high-inference index compared with those at low risk for OSA. Although not as pronounced, young-old women at-risk for OSA also showed poorer performances on the Mental Alternation test, Stroop 2, and Stroop low-interference index. No associations, however, were observed between OSA risk and cognitive performance in women aged at least 70 years or in men of any age.

"This study reinforces the idea that OSA should be considered as an early modifiable factor of cognitive decline, particularly in women younger than 70,” Thompson and colleagues wrote. "With follow-up assessments conducted every 3 years for the next 20 years, the CLSA cohort offers a unique opportunity to track sex- and age-specific cognitive changes with respect to OSA risk."

Among women aged 60-69 years, inflammation change showed that the association between OSA risk and poorer cognition is enhanced by higher hs-CRP levels. Thompson et al concluded this by assessing the relationship between COWAT score and OSA risk. In men aged 45-59 years, similar moderating effects were found for the RAVLT 5-min recall.

In sensitivity analyses, not controlling for sleep quality/duration, health perception, and functional status when using STOP alone or in combination with other obesity measures yielded similar results as before. The association between OSA risk and cognition was not moderated by menopausal statis and education; however, nonmenopausal women did perform better than post-menopausal women on 4 cognitive tests.

"Determining the factors that enhance the impact of OSA on cognitive function may aid clinical decision-making and potential treatment. While OSA-associated brain changes can be present before the development of cognitive deficits, it is crucial to screen middle-aged and older individuals for cognitive impairment and OSA and to recommend therapy in order to stave off cognitive impairment," Thompson et al wrote.