At 2 hours post-stimulation, 42.5% of those on the Cefaly device had absence of most bothersome symptoms compared with 34.1% of those in the sham group. 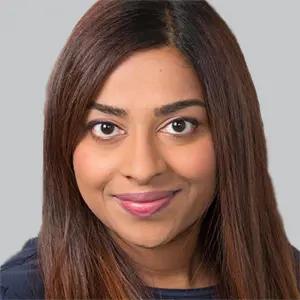 Additional data from the TEAM study (NCT0345904) was presented at the 2022 American Academy of Neurology (AAN) annual meeting, April 2-7, in Seattle, Washington, which showed that treatment with external trigeminal nerve stimulation (e-TNS) using the FDA-approved Cefaly device was superior to sham in achieving pain freedom and freedom from the most bothersome symptom (MBS) for patients with migraine.1

Led by Deena Kuruvilla, MD, medical director, Westport Headache Institute, 25.5% of those on active stimulation achieved pain freedom at 2 hours compared with 18.3% of those on sham stimulation, resulting in a therapeutic gain of 7.2% (P = .043). Furthermore, freedom from MBS was achieved in 56.4% of those treated with Cefaly vs 42.3% of those in the sham group.

The double-blind, multicenter study included 538 adults who met the International Classification of Headache Disorders, Third Edition (ICHD-3) criteria for 2-8 migraine headache days per month and randomized 1:1 to active or sham stimulation. Of those, 446 participants were included in the analysis. Neurostimulation was applied for a 2-hour, continuous session.

Secondary outcomes, not included in the original data presented at the 2021 American Headache Society Annual Scientific Meeting, June 3-6, also continued to favor e-TNS. Relative to the 55.2% of those in the sham group, 69.5% of those on active treatment experienced pain relief at 2 hours (P = .001).

Cefaly was originally tested in a pilot study called ACME (NCT02590939), which was conducted by Denise Chou, MD, et al. In that study, participants came to the study clinic and used the device there in-person. With the TEAM study, participants took the device home. "In this study, we really wanted to see how the device works in the acute treatment of migraine in the real world when the patient is outside of our office," Kuruvilla told NeurologyLive® following the original data readout in 2021.2

When asked about the ultimate takeaway from the phase 3 data, Kuruvilla added, "Research studies have shown that many patients may prefer nonpharmacological approaches to management. I often make it a point in my discussions with patients to discuss mainstream pharmacological therapy for prevention of migraine, and I discuss neuromodulation because, especially with a study like the TEAM study, we now have multiple randomized, sham-controlled trials and multicenter trials, looking at it for acute treatment and preventive treatment. I also talk about more natural approaches, which may have less evidence, but the patients may want to add to mainstream therapy. I always add neuromodulation, a part of that conversation being about e-TNS."