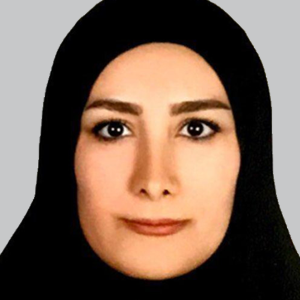 Findings from a recently concluded study showed that female patients with multiple sclerosis (MS) treated with bupropion, a medication used to treat depression, demonstrated improvement in their sexual dysfunction (SD), a common complication that often goes underreported among patients with the condition.

A total of 84 females with MS who were diagnosed based on the secondary SD subscale score of the Multiple Sclerosis Intimacy and Sexuality Questionnaire-19 (MSISQ-19) were included in the analysis, with 64 patients who completed the trial. Scores above 27 on this scale were considered SD, and all patients entering the trial had MS for at least 6 months and had been sexually active for the past 6 months. Patients had n known acute mental disorder, no serious crisis, and no genitourinary system problem.

Led by senior investigator Monireh Ghazaeian, PharmD, professor of clinical pharmacy, Shahid Beheshti University of Medical Sciences, recruited individuals were randomly assigned to 75 mg bupropion twice daily or placebo for 12 weeks. Between the groups, the baseline clinical and demographic characteristics did not significantly differ. The primary outcome was improvement of SD according to the MSISQ-19, with quality of life, fatigue, depression, anxiety score, and bupropion tolerability assessed as secondary outcomes.

In the bupropion group, the mean score of the MSISQ-19 was 43.4 (±15) in week 6, which was significantly reduced from baseline (P = .045). This change, however, was despite the patients’ statement that they noticed no improvement in sexual satisfaction. The scores between the groups continued to be significantly different at week 12 (P = .004), and differences were significant at study intervals as well (P = .003). Most subscales, including sexual satisfaction, sexual desire, vaginal moisture, and orgasm intensity, were affected through treatment with bupropion.

Bupropion-treated individuals also demonstrated decreases in fatigue at weeks 6 (P = .00) and week 12 (P = .03), indicated by mean scores on Multidimensional Fatigue Inventory. According to the results of the Multiple Sclerosis Quality of Life-54, there was no significant change in the mean score of quality of life at weeks 6 and 12, except in 3 items: role limitation due to physical problems, sexual function, and mental health. Additionally, patients on bupropion showed significant decreases in the levels of anxiety and depression at the end of the study period, demonstrated through scores on Hospital Anxiety and Depression Scale.

Throughout the study period, 20 adverse events (AEs) were recorded while on bupropion, the most common of which were gastrointestinal, including anorexia, nausea, and vomiting. All AEs were mild to moderate in nature, and no individual discontinued treatment due to AEs. Most of the reported AEs occurred at the early weeks of the study period, but either severely declined or disappeared by the end of this period. Nausea was considered the most bothersome symptom for bupropion-treated patients, while no specific AEs were reported in the control group.

There were a few limitations to the study, including the fact that it was conducted at a single site. "Moreover, given that SD is a complex condition associated with MS, a thorough evaluation of all the aspects of SD such as anatomy, physical disability, and cultural conventions can be helpful in the interpretation of the results," Ghazaeian et al wrote.