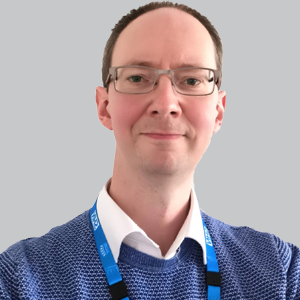 Data from a recently published scoping review revealed a diverse cast of sleep outcome measures used in studies of patients with mild cognitive impairment (MCI) and early dementia; however, this heterogeneity inhibited comparison across studies and clinical groups. Findings also showed that validated questionnaires remain the most used measure despite advances in technology.1

After searching Embase, Medline, Psychinfo, and British Nursing Index databases from inception, the final analysis included 188 studies that contained sleep data on 17,139 unique, diagnostically diverse participants. “Unspecified MCI” was the most common diagnosis among patients with MCI (60.6%; n = 5003). After the removal of studies comprising unspecified MCI or comprising of groups of mixed causes, the number of studies assessing sleep in well-characterized or delineated MCI diminished substantially and comprised of only 12.1% of participants with MCI.

While validated questionnaires have multiple advantages such as providing insights into the subjective experience of sleep, ease of administration, and low participant burden, many of these parameters can be measured only by objective measures. "These factors together reduce the power of any study relying solely on questionnaires to detect abnormalities specific to MCI/early dementia or to assess intervention efficacy, particularly those which could plausibly alter disease progression through eg Slow Wave Sleep optimization," Blackman et al wrote.

Across the studies, Blackman et al identified 165 separate sleep parameters that were divided by theme into 8 categories: macroarchitectural, microarchitectural, sleep-disordered breathing, motor activity, daytime metrics, circadian rhythm, subjective sleep quality and other. Metrics that related to categories such as macroarchitecture, sleep-disordered breathing, subjective experience of sleep, and daytime disturbance were relatively well-represented, while those pertaining to microarchitecture, circadian rhythm, and motor disturbance were considerably less reported.

There was considerable heterogeneity with the use of parameters, as 37.6% (62 of 165) of the total parameters were described only once in the literature and 58.8% (97 of 165) were reported in 2 studies at most. Of the 25 most commonly sleep parameters, total sleep time was the most frequent, reported in 111 studies, followed by sleep efficiency (n = 102) and sleep latency (n = 72). Total scores of validated questionnaires were also reported frequently (n = 108).

Insomnia, a key prominent subjective sleep disturbance, was reported in only 16 studies. While 9 of these included an ESS or an equivalent measure to assess daytime function, none included sleep diary data, which contrasts proposed reporting standards. Similarly, microarchitectural sleep parameters were used sparingly, with data on only 360 participants across 12 studies. Of the 34 individuals sleep parameters reported, 13 (38.2%) were reported by a maximum of 1 study. Notably, despite a range of microarchitectural parameters described, no studies reported on specific parameters more recently associated with overnight memory consolidation.