Researchers from the University of Turin also found that an NEFH variant showed a protective association with ALS. 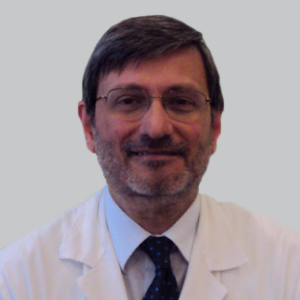 SOD1, whose rare variants are the second most common cause of ALS after C9orf72 protein expansion, showed the strongest association with gene-wide association tests. A weaker association was observed with TARDBP, demonstrating an effect on ALS prevalence that may not yet be fully understood. Other rare variants in known ALS genes did not show statistical significance and may have a limited contribution to ALS risk.

Senior author Adriano Chiò, MD, FAAN, professor of neurology and director, ALS Center, University of Turin, neurologist, Città della Salute e della Scienza Hospital, and colleagues wrote that “our results provide further insight into the pathologic mechanism of the disease and demonstrate the importance of genome-wide sequencing as a diagnostic utility... Our study provides evidence and an effective way to evaluate the role of low-frequency and rare variants underpinning the complex nature of ALS.”

NEFH was significantly associated with the risk of ALS under the SKAT-O model at a minor allele threshold of 5% (P = 7.7x10-5; false discovery rate [FDR] P = .0035). Multiple variants of NEFH are associated, as significance remained after removing the top variants from analysis. SOD1 was also associated with ALS risk (Madson Browning analysis [MB] P = 8.4x10-4; FDR P = .036) and was the second most prevalent variance after C9orf72 expansion according to Sanger sequence data.

“In gene-based rare-variant association tests, SOD1 was the only gene to achieve significance for all of the frequency thresholds tested. Interestingly, we found low-frequency variants within the NEFH gene that lowered the risk of disease. There are few previous reports in the literature concerning protective variants in this gene in ALS. However, neurofilaments are currently regarded as a promising biomarker in ALS, possibly reflecting an involvement in neuronal degeneration. It may be interesting to stratify NEFH blood and CSF measurements according to genotype in future studies,” Chiò and colleagues concluded.

In a related supplement, Chiò and colleagues detailed the results of their investigation into heterogeneous nuclear ribonucleoproteins (hnRNP) ALS variants. More hnRNPA1 rare variants were found in ALS patients than control (P = .034) and 5 (0.5%; mean age, 58.0 years) patients form the ALS group were found to carry 5 distinct nonsynonymous SNV not found in the control group. The variant c.C666G (p.F222L) was found in exon 6 and the variants c.G824T (p.G275V), c.C876G (p.N292K) and G883A (p.G295R) were found in exon 8 in the prion-like domain of the gene. 2

These patients experienced sporadic ALS. Limb onset occurred in all five patents and none of them showed cognitive impairment. They experienced a mean rate of decline on the Amyotrophic Lateral Sclerosis Functional Rating Scale (ALSFRS) of 0.37 points per month. A decrease in bulbar function was seen at 29 months and a decrease in respiratory function was seen at 39.5 months in 2 patients. Patients with hnRNPA1 variants had longer survival than cohort patients with ALS and without the variants (hazard ratio [HR] 13.7; 95% CI, 4.78–39.5, P <.001), demonstrating that hnRNPA1 mutations yield a relatively uniform slow-progressive subset of ALS.