The study provided class II evidence that CYP2C19 loss of function carriers with minor stroke or transient ischemic attack at low risk, but not high risk, of recurrent stroke received greater benefit from ticagrelor and aspirin rather than clopidogrel and aspirin. 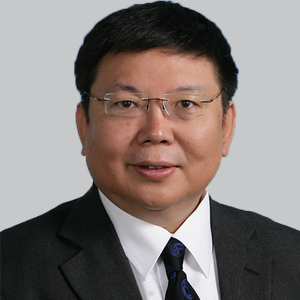 Post-hoc findings from the CHANCE-2 trial (NCT0407837) showed that the benefit of dual antiplatelet therapy (DAPT) using ticagrelor (Brilinta; AstraZeneca) and aspirin is most effective in carriers of CYP2C19 loss of function (LOF) alleles with minor stroke or transient ischemic attack (TIA) who have low risk profiles, as defined by Essen Stroke Risk Score (ESRS).1

In the original study, genotype data showed that the efficacy of clopidogrel and aspirin depended on CYP2C19 genotype and risk profile. In the new post-hoc analysis, senior investigator Yongjun Wang, MD, associate professor, Chinese Academy of Medical Sciences, and colleagues, compared the efficacy of both DAPT approaches in carriers of CYP2C19 LOF alleles according to risk of recurrent stroke, with scores greater than 3 on ESRS considered high-risk.

On the primary safety analysis, outcome of severe or moderate bleeding did not differ based on risk profile (P = .24 for interaction), though the incidence of total bleeding was greater with ticagrelor and aspirin vs clopidogrel and aspirin among patients with low risk profiles (P <.01). Additionally, secondary outcomes generally went in the same direction as the primary outcome, and analyses in the per-protocol population also yielded similar results.

Net clinical benefit was also evaluated using the composite outcome of major ischemic event and moderate to severe bleeding, which included the combination of ischemic stroke, moderate to severe bleeding, and death. The data continued to favor the ticagrelor group, observed in the first week (absolute risk reduction, 1.49%; 95% CI, 0.43-2.56) that remained in the next 3 weeks (second week: 0.04% [95% CI, –0.32 to 0.40]; third week: 0.10% [95% CI, –0.15 to 0.35] first week: 0.07% [95% CI, –0.16 to 0.29]). The net clinical benefit was consistently observed across the prespecified subgroups, except that greater absolute net benefit was found in those without previous ischemic stroke or TIA than those with previous ischemic stroke or TIA.