Troriluzole Not Effective for Symptomatic Treatment of Alzheimer Disease

Biohaven executives remain optimistic about the slight but insignificant improvement observed in those with mild AD. 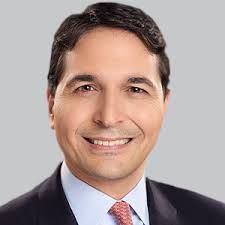 Topline data from Biohaven’s phase 2/3 clinical T2 Protect AD trial (NCT03605667) for troriluzole suggests that the investigational medication is not effective for the treatment of Alzheimer disease (AD) symptoms.1

Troriluzole was not found to be statistically different from placebo at 48 weeks on co-primary endpoints, the Alzheimer’s Disease Assessment Scale-Cognitive Subscale 11 (ADAS-cog) and the Clinical Dementia Rating Scale Sum of Boxes (CDR-SB), in patients with mild-to-moderate AD. The medication also did not significantly differ from placebo on the key secondary measure of hippocampal volume assessed by magnetic resonance imaging (MRI) in the overall population.

"Alzheimer's is a devastating disease and we must continue to advance the science to improve treatment outcomes for the many patients who are in need. Our goal was to efficiently assess whether troriluzole could benefit patients relatively late in the disease process with mild-to-moderate AD,” Vlad Coric, MD, chief executive officer, Biohaven, said in a statement. “This study was well-conducted but unfortunately it is clear from this preliminary analysis that troriluzole is not efficacious as a symptomatic treatment in a mixed population of patients with mild and moderate AD. We are awaiting additional biomarker data and other secondary analyses that will help inform whether troriluzole may provide benefit in early AD as a disease modifying agent.”

Troriluzole is an oral, once daily, tablet that is a third-generation prodrug and new chemical entity that modulates glutamate, the most abundant excitatory neurotransmitter in the human body. It reportedly increases glutamate uptake from the synapse by boosting the expression and function of excitatory amino acid transporters located on glial cells important for clearing glutamate from the synapse.2 Biohaven has been studying the medication for the treatment of various diseases, including AD, generalized anxiety disorder (GAD), and obsessive-compulsive disorder (OCD).

In a subgroup analysis of patients with mild AD (n = 97), patients treated with troriluzole (n = 48) had a mean deformation change from baseline hippocampal volume of –1.1% as compared to –1.6% for patients on placebo (n = 49; P = .2) at week 48 on both the ADAS-cog and hippocampal volumetric MRI. This small difference was not statistically significant.

Executives tried to remain optimistic about the medication, as Irfan Qureshi, MD, vice president, neurology, Biohaven, added to the statement by saying that "the topline data we released today only represent the early analyses that are available and multiple analyses including important biomarker data are expected in the near term. Additional planned analysis of the clinical outcome scales and biomarkers will help to inform our long-term development plans for troriluzole in AD."

Troriluzole once daily at a dose of 280 mg was relatively well tolerated and demonstrated a safety profile consistent with previous studies of troriluzole. Biohaven plans to amend the ongoing long-term extension study of troriluzole in AD for mild AD patients to be able to continue treatment in order to gather additional clinical and biomarker data.

Full study results, including additional secondary and exploratory outcomes, biomarker data including neurofilament light chain, neurogranin, tau and amyloid, and subgroup analyses, are expected in the coming months and will be presented at future scientific meetings.

"We look forward to completing our analysis of the full dataset including all the clinical measures as well as the biomarker data to understand if further investigation of troriluzole in the early stages of Alzheimer's disease is warranted," Howard Feldman, MD, professor, neurosciences, University of California, San Diego and director, AD cooperative study, added.