In a phase 3 trial, ULTIMATE I and II, ublituximab resulted in lower annualized relapse rates and fewer brain lesions on MRI than teriflunomide among participants with relapsing multiple sclerosis. 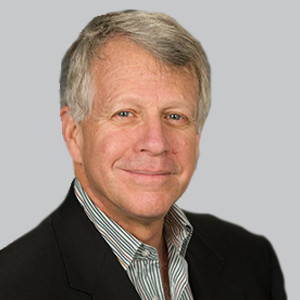 Data from ULTIMATE I and II (NCT03277261 and NCT03277248), a recent pair of phase 3 trials, showed that ublituximab, in investigational treatment developed by TG Therapeutics, resulted in lower annualized relapse rates (ARRs) and fewer brain lesions on MRI than teriflunomide (Aubagio; Sanofi) for patients with relapsing multiple sclerosis (MS) over the duration of 96 weeks.1

The findings additionally showed a significantly lower risk of worsened disability with ublituximab treatment. Although, the investigational therapy was also associated with infusion-related reactions, which occurred in 47.7% of the participants in the ublituximab group.

The ULTIMATE I trial (n = 549), and the ULTIMATE II trial (n = 545) had a median follow-up of 95 weeks. Participants with relapsing MS were randomly assigned in a ratio of 1:1 and received intravenous ublituximab, 150 mg on day 1, followed by 450 mg on day 15 and at weeks 24, 48, and 72. The other participants received the oral placebo or oral teriflunomide, 14 mg once daily and the intravenous placebo. The ARR was the primary end point. The number of gadolinium-enhancing lesions on MRI by 96 weeks and worsening of the disability were the secondary end points.

Teriflunomide was associated with a numerically lower rate of worsening of disability in both trails than reported in previous studies with this drug, though the authors noted no conclusions could be drawn from this.2,3 “The low annualized relapse rate in both groups in each of the current trials may have led to a lower rate of worsening of disability associated with relapse,” Steinman and colleagues noted.

One of the limitations of conducting the trials is that no inferences were able to be made regarding the efficacy of ublituximab in comparison with other therapies for MS that are more potent than teriflunomide. The participants were consistent with previous anti-CD20 trials in relapsing MS, except participants from Eastern Europe as they were overrepresented, for the baseline characteristics.

Steinman et al wrote, “Long-term assessment of ublituximab is required to determine whether progressive multifocal leukoencephalopathy would occur with continued treatment.” Future trials are needed to determine the efficacy and safety of ublituximab for patients with relapsing MS compared with other disease-modifying treatments.