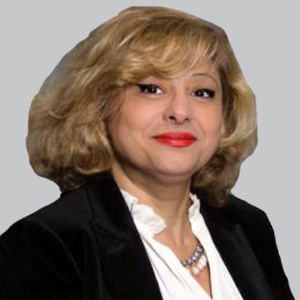 This is a 2-part interview. Click here for part 1.

Due to the complexity of Alzheimer disease (AD), developing disease-modifying therapies has been a challenge to this point. There are several different types of agents in the pipeline, including Alzheon’s ALZ-801, a brain-penetrant, small molecule inhibitor of amyloid oligomer formulation. Presented at the 2022 Clinical Trials on Alzheimer’s Disease (CTAD) conference, November 29 to December 2, in San Francisco, California, the phase 2 biomarker study evaluated the agent on several outcomes related to core AD pathologies.

The trial included 84 patients with the apolipoprotein (APOE) e4/4 or APOE e3/4 genotype who assessed on plasma phosphorylated-tau (p-tau), a marker of amyloid-ß (Aß)-induced neuronal stress and injury, as well as Aß42, Aß40, hippocampal volume, and clinical outcomes. Hippocampal atrophy rate on MRI using tensor-based morphometry was measured on each side, and total hippocampal volume was compared to an external cohort from the Alzheimer’s Neuroimaging Initiative (ADNI) database.

At CTAD 2022, NeurologyLive® sat down with Susan Abushakra, MD, lead investigator of the trial, to learn more about the results and why ALZ-801 represents a potential beneficial option for patients with early AD. In part 2 of the interview, Abushakra, chief medical officer at Alzheon, provided insight on the notable findings, including the significance of reducing the impact of p-tau, brain atrophy, and other critical biomarkers.

NeurologyLive®: What were some of the notable topline findings from the phase 2 biomarker study?

Susan Abushakra, MD: There's always surprises in AD trials. Luckily for us this time, they were very good surprises. What we found is that in the primary analysis, which is phosphotau (p-tau)181, we saw a reduction from baseline to 1 year of 41% in each part of the population. That's a pretty high number, it was statistically significant. This effect started as early as 3 months. Even at the earliest time point of 3 months, we already had 31% reduction of p-tau. If the study has a placebo arm, the placebo from either stay stable or they increase progressively over a year to 2 years. This reduction is quite meaningful. We were happy to see that it starts early, and it's quite sustained up to 1 year.

When compared to other agents in the field, currently, you mostly see 24% reduction as the maximum. We obviously see its much higher, starts early, and it's quite a large magnitude. In addition, another important aspect was the effects on the amyloid species. Aß42 is the most toxic and Aß40 is the more natural form. But of course, if Aß40 aggregates and forms plaque, that's still a bad pathology. We found that the Aß40 and Aß42 have a biphasic response, meaning, initially they seem to increase in plasma. And then over a year of treatment, they actually decrease significantly. It was a P value that's quite robust (P = .032). Both Aß species decreased significantly. The way we interpret this is that ALZ-801 is allowing the brain's natural mechanisms to clear the Aß species, the oligomers, from the brain to the plasma, and keep it sustained as long as we have drug on board. That was a very important finding.

Why do you feel as though this therapy has promise for early AD?

I’ll share 2 more points about the effects because it helps build the story of the mechanism of action, and how it applies to the system biology of AD. The other primary imaging biomarker that we included was on volumetric MRI, we measured volume of different compartments of the brain, including the hippocampus, which, especially APOE e4 carriers, is 1 of the first regions that are affected by the disease. Normally, we understand the progression of atrophy, we call it hippocampal atrophy in carriers.

In our study, we compared the hippocampal atrophy over a year with a very sensitive technique that's a standard in the industry, all done by a central imaging group. We have compared the reduction with ALZ-801 treatment versus the external control arm, using the ADNI. It's a big observational study on AD, and it's focused on helping drug development. We matched our population to ADNI, and got the same genotype, same age range, same stage of disease. When we conducted our sophisticated modeling to account for any differences in baseline variables, we saw anywhere from 20% to 24% protection of hippocampus, meaning we were able to decrease the atrophy of the brain volume, the hippocampus by about 24%. And it was quite significant.

That was the positive surprise, because as you know, very few compounds in development have been able to show effects on brain volume or structure. Some of them go in the wrong direction. In addition, the study had cognitive outcomes, clinical outcomes. In open label studies, we take them with a grain of salt, nevertheless, when we compare these results to ADNI using the same technique, we again find significant differences between the treatment arm and the external placebo, external control. These effects were highly significant. The other exciting thing is that these effects on imaging and on cognitive outcomes look very much like our previous data with the old formulation in APOE e4 homozygotes because patients initially show some symptomatic benefit or improvement over their own baseline. Even over a year, they remain above baseline. We've protected their cognition, and that hippocampus for a whole year.