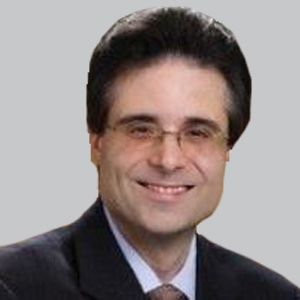 Bishop, principal drug development and psychologist, Global Pharma Consultancancy and Arnold Gammaitoni, PharmD, vice president, Medical and Scientific Affairs, Zogenix, sat down to discuss the significance of the results. The duo provided thoughts on some of the finer details of the study, as well as the timetable for a potential FDA approval in patients with LGS, and whether additional data is needed prior to a supplemental new drug application submission.

NeurologyLive: Can you provide the detail about your presentation at AAN? What were the top-level findings?

Kim Bishop, PhD: Our research was focused on assessing the impact of fenfluramine on executive function in patients with LGS. This is an important domain for caregivers and families of patients with LGS, who deal with the impact of impairments in behavior, emotion, and cognition on their daily lives. At baseline, we were able to see that many of the participants in the study had clinically elevated t-scores suggesting frequent impairment and executive function coming into the trial. Many studies have measured IQ and adaptive behavior, which in isolation may not reflect the full complement of skills needed to set goals and accomplish tasks in everyday life. However, we used the Behavior Rating Inventory of Executive Function, or BRIEF, which is a parent-caregiver reported instrument that offers the advanced edge of measuring executive skills or self-regulatory abilities that guide, direct, and manage behavioral, emotional and cognitive functioning.

When we analyzed the data from BRIEF, we used reliable change index to determine if the change was clinically meaningful. Our confidence interval represents a degree of confidence that shows that there was a real effect versus test-related errors and practice effects by comparing the changes to population norms. By using this approach, we’re able to demonstrate that more patients treated with fenfluramine for a 14-week treatment period showed improvement in each of the BRIEF 2 indexes. Clinically meaningful improvement was significantly greater for the cognitive regulation and overall self-regulation index, where approximately twice as many patients achieved clinically meaningful improvement.

In the LGS trial, the effect of fenfluramine on seizure drop frequency did not appear as robust as in Dravet [syndrome], yet there was an improvement in executive function from your analysis. How do you explain this?

Arnold Gammaitoni, PharmD: One of the things that Kim talked about in her presentation was the unique mechanism of action. Fenfluramine is unlike any other current available treatment for epilepsy, and it works on multiple receptors within the serotonergic pathway, as well as being a positive modulator at sigma 1. The literature has quite a bit of information, both pre-clinically and clinically on agonist 5-HT4 and sigma 1 receptor having positive effects on memory, learning, and cognition.

Part of what we’re seeing might be explained by the fact that the pharmacology of the drug may have a direct effect independent of its effect on seizures. The other thing that’s interesting is, from a seizure frequency perspective, when we looked at our survey data, we did see a relationship between seizure frequency reduction and improvement in executive function. For this trial, we haven’t looked at that yet. As more data comes in, we’re going to do an analysis on that.

One question in particular is regarding the seizure types and the relation between certain subtypes of seizures and improvements in executive function. Maybe not all of them are created equal in terms of how much they impact executive function. For example, our effect on drop seizure frequency that we reported at AES last year was comparable to other treatments that have recently run randomized controlled trials. But, normalized tonic-clonic seizures, which was 1 of the subtypes, had a robust effect very similar to what we saw on the survey program. These are the types of things that we want to explore more as we get more data from our LGS trial. The bottom line is that it’s probably a combination of the effect on seizures, as well as the pharmacology. That’s something we are going to have to tease out more as we go along.

What is the typical time in which you expect to see a treatment have an effect on executive function? Is the 14-week timetable something of a surprise?

Kim Bishop, PhD: We were pleasantly surprised. We did not expect to see any treatment effects during the randomized controlled trials when the program began. We thought it would take longer term treatment to see any effects in those domains.

Did you also analyze patients who were over 18 years of age? If not, why?

Kim Bishop, PhD: At the time of the analysis, we did not yet have the normative data for that age group but look forward to having it in the near future.

Fenfluramine has received FDA approval for Dravet [syndrome], when might we see the same for patients with LGS? What additional research needs to be done, if any?

Arnold Gammaitoni, PharmD: We have announced previously that we plan to submit an sNDA to the FDA in the third quarter of this year for LGS. We also plan to do the same with European regulatory authorities by the end of the year as well. That’s the rough timeline for when we’re going to be submitting the data. Our clinical trial is done, we’re just in the process of data collection and preparation for the regulatory filings. The next steps ahead are to look into other developmental and epileptic encephalopathies. In particular, we’re beginning a phase 3 program for CDD, which is another epilepsy syndrome.

If fenfluramine were to be approved for patients with LGS, do you envision the future of drug research in this area crossing over more with Dravet, despite their differences?

Arnold Gammaitoni, PharmD: I think you point out the very important factor that there are differences between these syndromes, obviously. There are also some similarities in terms of the types of seizures that patients experience across the syndromes. We’ve been fortunate that many of our experts in the field that have been working with us on the development program have given us ideas of where they think this drug, given the experience in LGS and Dravet [syndrome], would likely produce an effect. They’ve been helpful in trying to select other areas, such as CDD, which is the next program we’re going into.

Arnold Gammaitoni, PharmD: One of the things we’ve been pleased to see from our clinical trial data is the consistency of the effect when you look at various outcomes. At [the American Epilepsy Society Annual Meeting] last year, we presented the results of a survey where caregivers were interviewed for children that had been treated with them for a long period of time, on what the benefits they’ve seen with the treatment. Some of the most common non-seizure benefits they cited, in their own words, were related to learning participation in school. That type of data, when converged, speaks to the consistency of how this drug is working both for seizure and non-seizure related outcomes. That’s been very exciting for us.