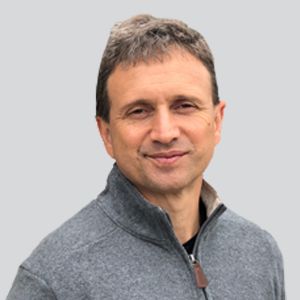 uniQure announced that the independent Data Safety Monitoring Board (DSMB) overseeing its phase 1/2 clinical trial (NCT04120493) of AMT-130 for the treatment of Huntington disease (HD) found no significant safety concerns, clearing the final 6 patients in the first cohort for enrollment.1

"We are encouraged with the positive recommendation to proceed with patient enrollment from this second DSMB meeting,” Ricardo Dolmetsch, PhD, president, research and development, uniQure, said in a statement. “We will now focus on enrolling the last six additional patients in the first cohort and look forward to sharing initial biomarker and imaging data towards the end of the year.”

To date, 2 patients have been treated with AMT-130, and 2 have received the imitation surgery. The company is expected to enroll 26 patients with early manifest HD split into a 10 patient, low-dose cohort followed by a 16 patient, higher-dose cohort randomized to either AMT-130 or sham surgery assess safety, tolerability, and efficacy signals in the HD treatment.

Patients included in the trial will be evaluated for a 5-year stretch, which includes a 12-month blinded core study period followed by an unblinded long-term follow-up. Administration of AMT-130 will be done through magnetic resonance imaging (MRI)-guided, convection-enhanced stereotactic neurosurgical delivery directly into the striatum.

According to uniQure, the therapeutic goal of AMT-130 is to inhibit the product of the mutant huntingtin protein (mHTT). Using AAV vectors to deliver micro-RNA’s directly to the brain for non-selective knockdown of the huntingtin gene represents what the company describes as “a highly innovative and promising approach to treating Huntington’s disease.”

Results from 12-month follow-up data in a HD minipig model, the largest available animal model for the disease, were presented in February 2019. All told, the data showed that a single administration of AMT-130 resulted in a dose-dependent and sustained reduction of the mHTT in the deep structures of the brain.

These reductions were seen in the striatum and putamen, where HD is known to manifest, and the cortex. Following administration, the drug was observed to spread to the cerebral cortex and lowered mHTT in the frontal areas of the brain that show neuropathological changes later in the disease course.

AMT-130 has been granted orphan drug designation by the FDA and orphan medicinal product designation from the European Medicines Agency both for the treatment of HD, making it the first investigational AAV-gene therapy in HD to receive such designation. Furthermore, the FDA also granted fast track designation for the therapy in April 2019.