The lack of effect on cognitive function provides reassurance to clinicians and parents for the developmental outcomes of a well-recognized, albeit relatively uncommon, adverse event after immunization. 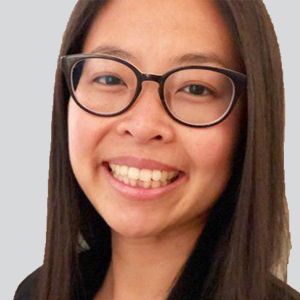 Data from a prospective multicenter cohort study suggests that vaccine-proximate febrile seizures (VP-FS) are not associated with an increased risk of developmental or behavioral problems in young children.

Led by Lucy Deng, MBBS, staff specialist and clinical lecturer, National Centre for Immunisation Research and Surveillance, in Sydney, Australia, the results showed no significant differences in cognitive function between children with VP-FS (n = 62), those with non-VP-FS (n = 70), and controls (n = 90; F2,219 = 2.645; P = .07).

The study included children with their first febrile seizure before 30 months of age, classified as VP-FS or non-VP-FS, between May 2013 and April 2016 at 4 Australian pediatric hospitals. Deng and colleagues used the Bayley Scales of Infant and Toddler Development, Third Edition (Bayley-III) as the primary outcome for participants with a febrile seizure 12 to 24 months after their initial febrile seizure and for controls 12 to 42 months of age at the time of assessment.

Other assessments such as the Woodcock-Johnson Tests of Achievement, Third Edition (WJ-III), were used to assess the childrens' preacademic skills, while parent questionnaires were used to obtain information on behavior and executive functioning.

After application of the Holm procedure, Bayley-III scores for cognitive, language, motor, social-emotional, or general adaptive function did not show any differences between groups. The effect size was small for language and small to moderate for the other Bayley-III domains.

There were no significant differences observed between the groups on the Child Behavior Checklist-Preschool (CBCL), which evaluated emotional and behavioral problems.

To detect a small to medium effect size (F = 0.18) between the 3 groups using 1-way analysis of variance (ANOVA) with a power of 0.80 and α = 0.05 for the Bayley-III cognitive scale, the researchers aimed to recruit 100 participants in each group.

Of the 62 cases with VP-FS, 53 (85%) occurred after measles-containing vaccines (43 were MMR with Haemophilus influenzae type b and meningococcal C conjugate vaccine, 9 MMR-varicella, and 1 MMR with meningococcal C only). The remaining 9 VP-FS cases occurred after hexavalent diphtheria, tetanus, acellular pertussis, Haemophilus influenzae type b, hepatitis B, and inactivated polio combination vaccine with 13-valent pneumococcal conjugate vaccine and rotavirus (n = 7), with 13-valent pneumococcal conjugate vaccine only (n = 1), and with rotavirus vaccine only (n = 1).

“Measles-containing vaccines are the vaccines most commonly associated with FS. At a time when there is a global resurgence of measles, our findings are particularly important in reassuring parents and providers about the safety of vaccines and in enhancing immunization provider and public knowledge of and confidence in the benefit-to-risk profile of vaccination,” Deng and colleagues concluded.