The data suggests that a planned multiple ascending dose study and a phase 2a proof-of-concept study in patients with mild cognitive impairment could be on the way. 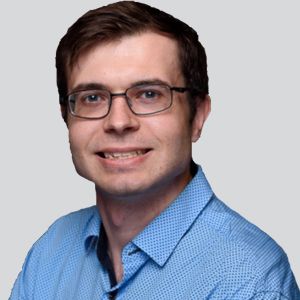 Results from a phase 1 study evaluating VU319, an investigational positive allosteric modulator of the M1 muscarinic acetylcholine receptor (mAChR) developed for cognitive enhancement in Alzheimer disease (AD) and other disorders, demonstrated a safe profile and a likely enhancement of the cholinergic system.1,2

VU319 was originally developed by a team of scientists at the Vanderbilt Center for Neuroscience Drug Discovery, led by center director P. Jeffrey Conn, PhD, and Craig W. Lindsley, PhD.3

Single-dose treatment showed improvements in cognitive and event-related potential (ERP) performance on the higher doses of VU319 compared to placebo. Furthermore, single dose of VU319 appeared to have a favorable safety profile and a pharmacokinetics profile consistent with once daily dosing. There were no documented dose-limiting adverse effects and no observed significant adverse events (AEs) suggesting non-M1 mAChR stimulation throughout the full dose range of the first 5 cohorts.

Researchers documented that the drug showed good oral absorption and bioavailability with a half-life consistent with once daily dosing. Additionally, the absorption of VU319 was increased in a fed compared to fasted state. Higher fasting doses of VU319 were linked to greater functional target engagement based off cognitive and electrophysiological results.

Researchers also examined the relationship between plasma levels of VU319 and cognitive performance which showed that the treatment had an improved response time of psychomotor speed measures with increasing blood concentration of VU319 across all doses (r > 0.38).

Overall, Conley and colleagues noted that the results from both analyses indicate the potential measures that are sensitive to cognitive activity by M1 allosteric modulators and open the possibility for a multiple ascending dose study and a phase 2a proof of concept trial involving patients with mild cognitive impairment (MCI).